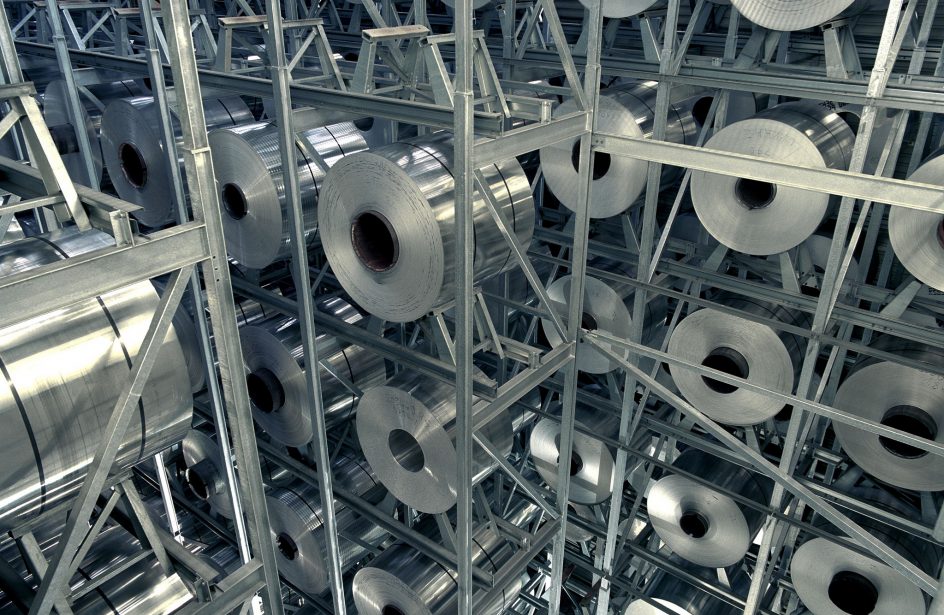 The global aluminium market has been watching the trials and travails of Chinese behemoth Zhongwang with intense interest for the past few weeks after the company and its founder Liu Zhongtian were brought up on criminal charges by the United States federal government for evading $1.8 billion in import duties. The indictment, which was filed in May but unsealed on July’s last day, detailed two dozen counts against the firm, Liu, and several other individuals and allegedly related companies. Federal prosecutors say the conspiracy to evade tariffs lasted for over a decade and allowed Liu to artificially (and illegally) bolster the bottom line of publicly-traded companies.

According to prosecutors, the practice was not only frequent, it was also voluminous. In three years through 2014, Zhongwang is accused of shipping 2.2 million fake semis crafted as pallets to companies they say were controlled by Liu. The pallets, which the government says were fraudulently labeled as finished products, were then stockpiled in Liu’s warehouses in southern California to await re-melting into ingot and subsequent sale as such. Meanwhile, funding of the scheme was allegedly accomplished by a large-scale money laundering operation, whereby Zhongwang transferred hundreds of millions of dollars from itself to a shell company to cover importing the fake semis. “The rampant criminality described in the case … posed a threat to American industry, livelihoods and investments,” opined Nick Hanna, the United States attorney for the central district of California in a related press release.

As of now Zhongwang has not been found guilty of any of these allegations in a court of law, and the firm steadfastly maintains its innocence in the matter. The firm responded to the allegations in a filing to the Hong Kong Stock exchange the following day asserting that it has yet to be served any formal paperwork from the United States government on the matter, and that it “developed overseas markets under the principle of fair and orderly competition.” Liu continues to live as a free man in China, out of the immediate reach of United States law enforcement.

But, as has been described at length in these pages, the firm has long been suspected of engaging in the practice of shipping partially-worked aluminium into the United States (sometimes through a third country) where they are re-melted and sold as aluminium ingot, thus evading the higher import duties charged by the government on such ingots.

Zhongwang is hardly alone in the practice, as several other Chinese producers have allegedly engaged in the fake semis trade as well, but not to the volume of which Zhongwang is alleged. Some of China’s biggest producers utilize a network of third-party companies around the world to receive aluminium semis, (including extrusion and fake coils) and remelt them into ingots. The practice has been long suspected, but the recent developments surrounding Zhongwang may serve as the catalyst for the closure of the back door into the market that they have all been using.

In retrospect, it is little wonder that enforcement against the practice is finally occurring. Though fake semis have been a sizable portion of China’s total exports to the United States, CRU noted in a report earlier this year that fake semis alone pushed the total tonnage of aluminium semis exports to an 8-year high of almost 4 million metric tons. As CRU predicted, the trade in fake semis is expected to reach new heights, after totaling over 800 thousand metric tons per year.

While the case against Zhongwang and Liu winds its way through the court system, the United States Department of Commerce is using the occasion to focus upon the questionable export practices conducted by aluminium semis sellers in Vietnam. On August 12, the department published a notice of a determination that aluminium extrusions exported from Vietnam that originate from aluminium extrusions produced originally in the People’s Republic of China have been regularly circumventing antidumping and countervailing duties the department originally placed upon imports from China.

The Commerce Department’s determination is likely to cause Vietnamese exporters serious headaches. Under the latest guidelines, American importers will be required to prove the origin of the products they’re importing. Should the imported aluminium originate from a Chinese producer who does not have a lower company-specific rate, customs will require a cash deposit of 86.01 percent. Though some Chinese producers may be eligible to be certified at a lower rate, the Commerce Department specifically excluded China Zhongwang and several of its known and presumed affiliates from the certification process, condemning them to the payment at the border for the foreseeable future.

Additionally, aluminium extrusions originating from Vietnamese extruders will also be subject to the 86.01-percent required cash deposit. Similarly, though an exemption via certification is available for Vietnamese firms, presumed Zhongwang affiliate Global Vietnam Aluminium is excluded by name from the certification process. With the greater emphasis now placed upon shoring up weak points in the American aluminium import system, further inquiries into imports from Vietnamese sources are likely to be in the works, making U.S. buyers extremely reluctant to continue handling such suddenly radioactive goods.

Though stunning in a certain sense, the developments in the Zhongwang saga over the past few weeks are not entirely unexpected from seasoned watchers of the global aluminium trade. So too with the likely inevitable closure of a prime vector for evading American import duties on raw aluminium. In its zeal to make the most of an unguarded back door, Zhongwang’s conduct has not only called attention to it, it has likely exploited the entrance to such a tremendous degree that slamming the door shut and bricking over the entrance will take place with a speed and finality that would likely never have occurred otherwise.