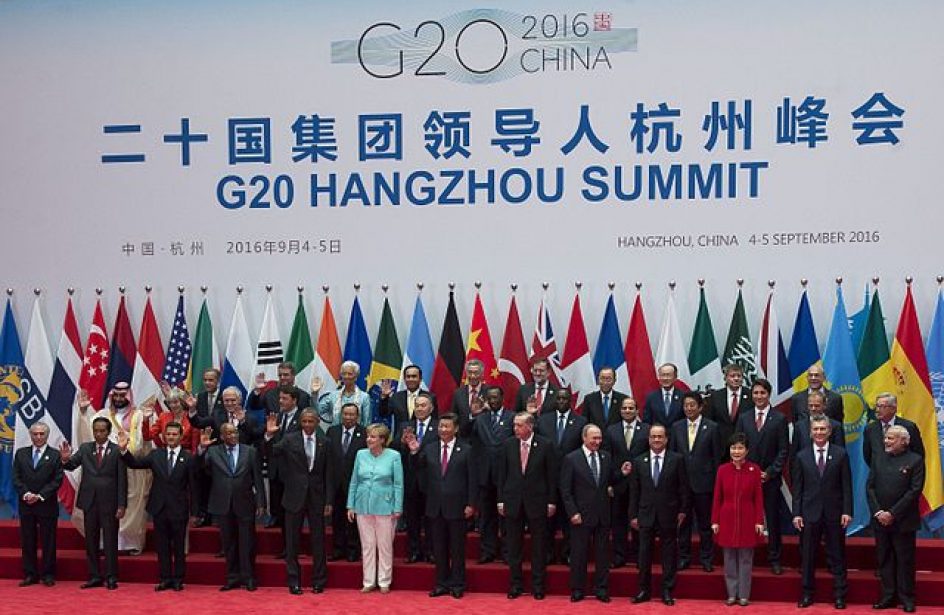 The 2016 G20 Hangzhou summit concluded yesterday, and the continually problematic overcapacity in China’s metals industry attracted the attention of the assembled world leaders. Along with the global focus on steel, the continuing glut in China’s aluminium production came into the crosshairs as well.

We recognize that the structural problems, including excess capacity in some industries, exacerbated by a weak global economic recovery and depressed market demand, have caused a negative impact on trade and workers. We recognize that excess capacity in steel and other industries is a global issue which requires collective responses. We also recognize that subsidies and other types of support from government or government-sponsored institutions can cause market distortions and contribute to global excess capacity and therefore require attention. We commit to enhance communication and cooperation, and take effective steps to address the challenges so as to enhance market function and encourage adjustment. To this end, we call for increased information sharing and cooperation through the formation of a Global Forum on steel excess capacity, to be facilitated by the OECD with the active participation of G20 members and interested OECD members. We look forward to a progress report on the efforts of the Global Forum to the relevant G20 ministers in 2017.

The issue of overcapacity in the steel industry, which shares a great deal with its aluminium overcapacity problem, was first mentioned in the G20 gathering in Japan a few months before.

“There are concerns on specific issues like steel production, which today is excessive,” said Henrique Meirelles, Brazil’s Finance Minister. “That will be a theme,” adding that China sits at the crux of the global metals oversupply issue.

American President Barack Obama and China’s Premier Xi Jinping met in a sidebar at the G20 conference, “addressing industrial excess capacity, including in the steel and aluminum sectors, as part of a global effort,” according to a statement released by the White House.

In addition to the United States’ effort at holding China accountable for its overcapacity, the European Union is doing its part as well.

“As far as the overcapacity of the steel sector is concerned, we consider that this is a global problem but there is a specific Chinese dimension we have to address and we did address in the last months,” explained European Commission President Jean-Claude Juncker.

While not the main subject of remarks between the leaders, China’s aluminium capacity was not overlooked by the American chief executive. In a fact sheet on the subject of the two countries’ economic relations issued on Sunday, one day after Obama’s meeting with Xi, the White House said that each country realizes “that due to a weak global economic recovery and depressed market demand, the excess capacity of the electrolytic aluminum industry has increased and become a global issue requiring collective response. Both countries are to work together to address the global electrolytic aluminum excess capacity.”

Although this is undoubtedly a good start, world leaders must begin taking China to task for its rampant and damaging overcapacity in much the same way as it has begun to do regarding the same issues concerning China’s steel capacity. Unless swift and firm action is taken by global leaders regarding China’s aluminium production glut, the world is in danger of seeing ex-China capacity flicker and die.