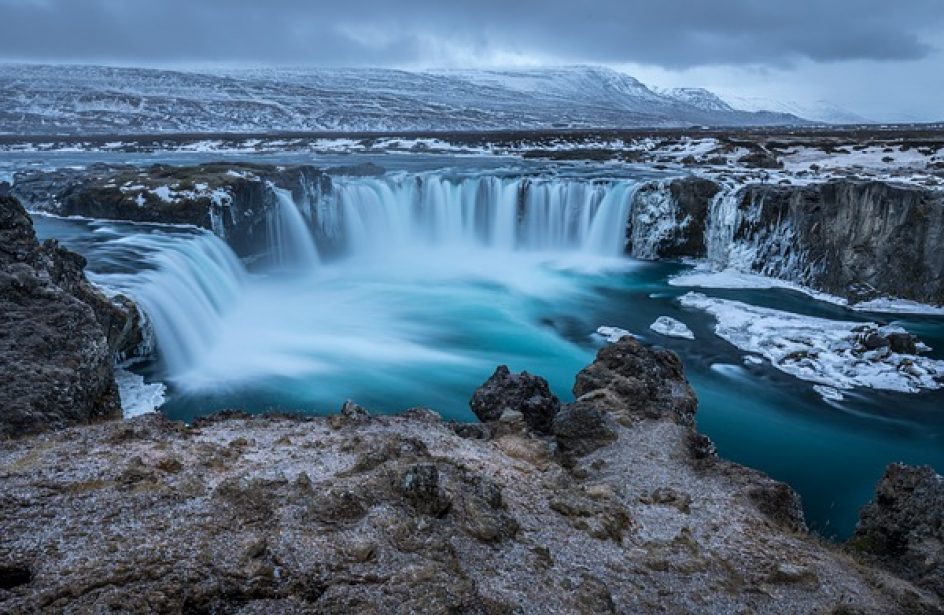 Despite its location far north of the ecliptic and far distant from the world’s major industrial centers, Iceland has developed a robust and inexpensive energy infrastructure. The island’s location astride two major diverging tectonic plates and atop a massive mantle plume supplies it with an essentially inexhaustible supply of geothermal energy. Centuries-long use of hot springs for bathing and garment cleaning led to the eventual widespread use of the resulting steam for heating living spaces beginning early in the twentieth century.

The abundance of renewable resources coupled with the advanced technology developed to inexpensively harness it has attracted aluminium producers from abroad. In addition, Iceland’s national power company Landsvirkjun negotiated power deals with aluminium companies that were particularly favorable, long of term, and tied to the LME price of aluminium – the three smelters, one each owned by Rio Tinto Alcan, Century, and Alcoa, paid an average total of US$24/MWh in 2014. Operating an aluminium smelter in Iceland is over one-third cheaper than the global average, which is roughly US$10/MWh above the average price paid by smelters on the island. The industry has taken full advantage of this fact, as the three aluminium smelters on the island consume over seventy percent of the electricity produced each year.

Unfortunately, the heady days of cheap power in Iceland may be nearing an end. Two factors have recently emerged to necessitate a sea change in the power market – a growing desire to increase returns on capital invested in power production, and an increasing levelized cost of energy (LCOE) for Iceland’s newer power plants.

According to a report recently issued by Copenhagen Economics, Landsvirkjun’s average return on capital over the half century ending in 2010 has been 3.5%, far beneath rates of return on power projects undertaken in the United Kingdom, Australia, and Ireland, which have yielded rates of return between 5.9% and 9.4% on average. Though the 3.5% rate of return is slender enough when looked at as a whole, the number becomes leaner still when considering that within it is contained both the payoff to the investor and the resource rent collected by the state.

A report issued by the Icelandic Energy Industry Association (Samorka) last fall illustrated the continuing increase in the cost of energy production on the island. Of the thirteen projects most likely to go forward in the immediate future, only one boasted a LCOE of under US$35/MWh, while over half fell in a range between US$44.80 and US$49.70 per megawatt-hour.

Neither of these factors escaped the attention of the new management team that took charge of Landsvirkjun in 2009. The power company began renegotiating power tariffs the next year, beginning with Rio Tinto Alcan. In the midst of expansion plans, RTA’s price for power doubled under the new contract, rising to US$30/MWh. As the agreement is tied to CPI instead of aluminium’s price at the LME, the current price per megawatt-hour is likely in the neighborhood of US$35.

Clearly ailing after the new RTA deal, the canary in the incredibly cheap electricity coal mine quietly shuffled its mortal coil in the midst of Century Aluminum’s negotiations with Landsvirkjun in 2016 over their electricity deal for Norðurál. The deal, which is slated to take effect in 2019, takes a page from the European power market playbook and ties the price paid per unit to the Nordic spot market for electricity. While future prices of electricity obviously cannot be known for certain, experts believe that Landsvirkjun expects to receive US$35/MWh or better over the four-year term of the deal.

The bleeding may not be over for aluminium smelting in Iceland. Deals Norðurál has with HS Orka and Reykjavík Energy, which now set at around US$20/MWh, will be up for renegotiation in the 2020’s. In addition, the power deals Alcoa’s smelter at Fjarðaál has with are up for negotiation over the course of the next ten years. Experts have little reason to believe that those deals won’t follow Landsvirkjun’s lead up the price ladder. 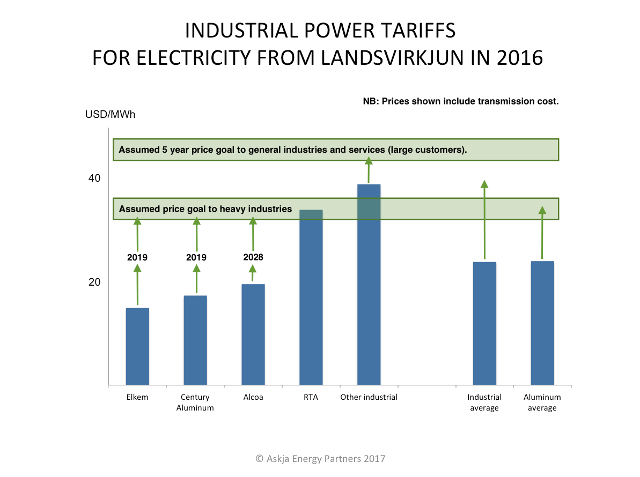 Power increases in what was once a production panacea are now a fact of life, and smelters doing business in Iceland can do little but adjust to the new normal. So what will the death of cherry power deals do to the smelting business there?

“How the new power price increase will affect the smelters is hard to say,” Ketill Sigurjonsson of Iceland’s Askja Energy Partners told Aluminium Insider. “We do not know how aluminum price will develop, and thus we do not know what revenues the smelters may expect in the coming years. “However, it seems likely that the good old days of great profits for smelters in Iceland will become the past and the smelters will turn into what some people may refer to as marginal smelters.”

Though the days of cheap energy may be gone in Iceland, there is reason to believe that hope has not abandon the island. Lauded by experts as the likely top-performing metal of 2017, capacity cuts from smelters in the People’s Republic of China coupled with continuing demand across several sectors are all but certain to push prices yet higher, attaining greater heights than the already impressive 15% gain in prices the metal has seen this year to date. Some market-watchers dare to whisper the word “deficit” when discussing global supply, which would drive global prices higher still, a welcome situation for Iceland’s smelters as they look to adjust to the changing power landscape in the land of Thule.