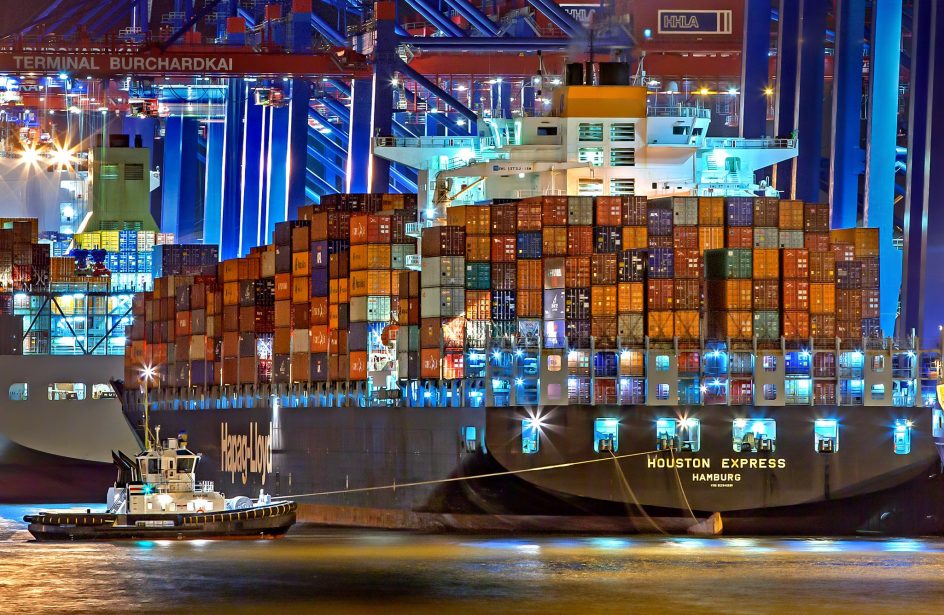 It’s not surprising when the seasonal slowdown pushes aluminium prices to fall below US$ 2000/tonne in July. But when prices sink at the end of the “mating season” in late October, analysts are rightly worried. Last October for example, the average price for the month was US$ 2130/tonne and was the highest monthly average for the year. In 2016, the aluminium price reached the year’s highest level in October, and then it continued rising in the last two months of the year. So why is this year different?

The aluminium price slumped to its lowest level since August 2017 on Tuesday, October 30 hitting US$ 1952/tonne at the LME (London Metals Exchange), on the back of threats made by U.S. President Donald Trump that a new set of multi-billion dollars worth of tariffs are ready if a deal with China is not agreed. Selling pressure intensified with all base metals prompted by rising concerns that the U.S.-China trade war will slow down growth in China and the world. 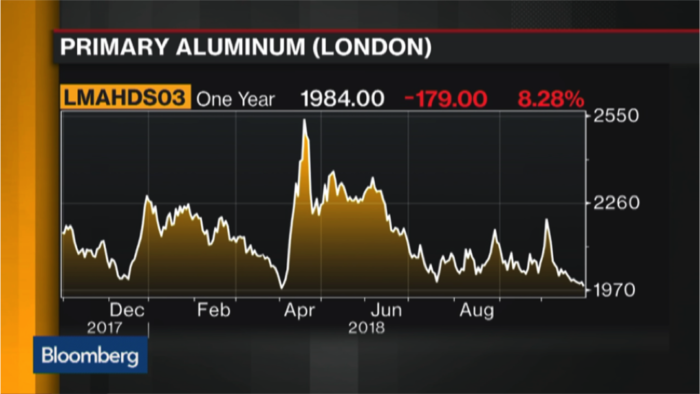 But what is interesting to mention is that the aluminium price is falling at the same moment that market deficit is growing and stocks are falling, with the LME on-warrant inventories at multi-year low of 723,950 tonnes. Between January and September, world production was up 0.3% year-on-year, hitting 48.022 million tonnes, from 47.86 million tonnes in the same period last year, accordion to the International Aluminium Institute (IAI). During the same period, China produced 27.17 million tonnes of primary aluminium, down 0.7% year-on-year.

What’s more, aluminium smelting production costs are rising, another argument against the logic of falling aluminium prices. Aluminium smelting costs reversed their five-year decline in 2017, and rose some 20% in the last 18 months. However, costs are expected to ease in 2019, with the expected fall of alumina prices and other raw material prices. According to latest data, alumina price fell below US$ 500/tonne, down from around US$ 640/tonne in early September.

It seems that U.S.-China trade tensions managed to freeze aluminium prices this year, and levels reacted sharply upwards only as a result of severe market disruptions and shockwaves – such as the Treasury’s April sanctions on UC Rusal, or in early October due to Hydro’s threats to close the Alunorte alumina refinery. But even if prices have been falling gradually since April, they remained above US$ 2000/tonne during most of this period.

The recent fall below the psychological threshold of US$ 2000/tonne (for several consecutive days) was prompted by a stronger US Dollar ($1.35 for 1 Euro), a weakened Chinese yuan, both of which raised concerns that demand will suffer. At the same time, slowing industrial profits signalled that China’s economy was losing steam. Profit growth at China’s industrial firms slowed for a fifth consecutive month in September, as sales of raw materials and manufactured goods ebbed further, pointing to cooling demand.

The Chinese economy grew by 6.5% year-on-year in the third quarter, which is somewhat lower than expected. The trade dispute with the U.S. is presumably beginning to have an impact. On the other side, continuing strong growth in the U.S. economy has put President Donald Trump and the Republican Party in a good position for the midterm elections, slated for November 6th. Real gross domestic product (GDP) grew 3.5 % y/y in the third quarter of the year, driven by strong consumer and government spending, the Commerce Department said. The figures followed the powerful 4.2 % GDP growth in the previous quarter.

However, several economists, including chief U.S. economist for Barclays Capital Michael Gapen, and the U.S. Federal Reserve, say the country is on the verge of a slowdown, with growth having “peaked” despite optimistic predictions from the Trump administration. Uncertainty about outcome of ongoing trade wars adds to the “hibernation mode” seen in metal prices. For this analyst, this is the main reason why aluminium prices are not expected to move significantly in either direction for the remaining two months of the year – unless an unexpected event happens in the meantime.

A calm end of the year price scenario is also supported by the lack of strict, government ordered winter cuts to China’s industrial activity, a sharp reversal from last year’s policy that saw significant aluminium and alumina capacity reduction.

Not supporting for aluminium prices, and something that puts continuously pressure on prices, are high and rising Chinese exports – even if volumes fell slightly in September as a narrowing price arbitrage to international markets reduced the incentive for exports. China’s unwrought aluminium and aluminium product exports were 507,000 tonnes in September, the General Administration of Customs reported, up 37 % from the 370,000 tonnes registered in September 2017 and down 0.6 % from the 510,000 tonnes posted in August. Chinese aluminium exports are expected to surge further in coming months after Beijing boosted tax rebates on value added tax (VAT) for exports of semi-fabricated aluminium to 16 % from 13 %, effective November 1.

China’s new commissioned capacity would amount to 3.3 million tonnes in 2018, some 1 million tonnes less than estimated at the beginning of the year, according to SMM. As a result, China’s primary aluminium output is expected to increase by 2% this year and by around 4% in 2019.

High production costs and relatively low aluminium prices prompted some 13 Chinese smelters to cut production and others to postpone the commissioning of new capacity, or to commission less capacity, resulting in lower supplies, reported SMM. This will affect annual capacity by over 1.65 million tonnes, with some 750,000 tonnes to be cut from September to November. Actual cutbacks are likely to expand further, SMM believes.  Cuts are unlikely to cause a shortage of supplies in the short term as inventories of aluminium ingot currently remain above 1.5 million tonnes. Moreover, some new capacity entered production in Inner Mongolia, Guangxi, and Yunnan provinces and the final balance of the supply may turn out even positive, despite cuts. The tax cuts in China (totalling around 1% of GDP next year) and an expansionary fiscal policy should lend good support to demand for metals in 2019, despite expected economic slowdown.in China and globally.

In the latest Reuters base metals poll, released on October 26, the average forecast by 30 analysts for the aluminium price in 2019 is US$ 2175 /tonne. The highest is US$ 2400/t, and the lowest US$ 1925/t. Among “bulls” are: Deutsche Bank, Citigroup, BMO, Intesa Sanpaolo, JP Morgan, as well as this analyst. “Bears” are led this time by: Capital Economics, CIBC, RBC, Commerzbank, Credit Suisse etc.

At the moment, the aluminium price is undervalued by approximately 20-25% incurrent market & economic conditions, on persistent worries over the world’s economy and China, and by the escalating global trade war. In other words, these uncertainties shed a quarter of the real market value of the metal.

It seems that metal prices are overreacting to President Trump’s words, which are meant to persuade the Chinese side to strike a deal. As a result, I think that the risks posed by trade wars on the global economy are also exaggerated. These worries and risks are already priced-in in the aluminium price and no further decline would be justified at this point.

Whether the price could rebound back to where it “belongs” depends on overcoming the uncertainties in the market. Conditions for that will appear after the midterm elections in the U.S., the G20 summit in Buenos Aires (between November 30th and December 1st) where President Trump and his Chinese counterpart Xi Jinping are expected to meet, and after the decision on lifting sanctions on UC Rusal (due by December 12). On top of these three, other positive developments that could happen in 2019 are an easing of trade disputes and securing more exemptions from the Section 232 tariffs on aluminium imports (which could be replaced in some cases with import quotas). The most important factor for prices is synchronised, strong demand, from all major markets – this year’s growing market deficit will have to take its toll in the form of higher prices in 2019. Finally, China’s economy may show some prolonged strength on stimulus measures, and U.S economy may continue ”peaking” throughout the next year. All in all, the recipe for higher aluminium prices is not simple but it is feasible.