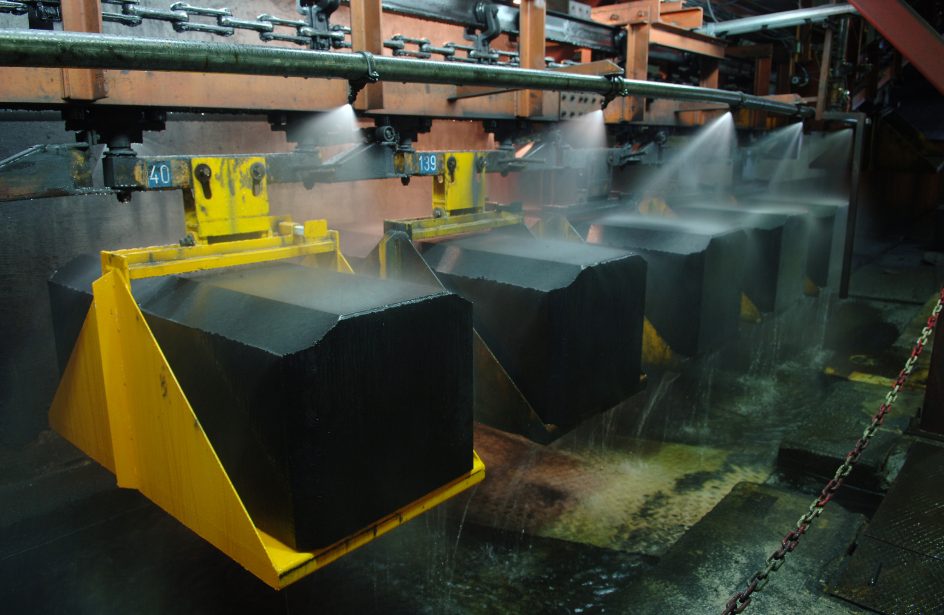 Between 2017 and 2018, smelting costs for the primary aluminium industry have increased significantly. Aside of volatile alumina prices, higher prices of calcined petroleum-pet coke (CPC) and coal tar pitch (CTP), the two main ingredients of carbon anodes that provide the electrolytic chemical reaction during aluminium smelting were the key contributors to this rise. To produce one tonne of primary aluminium, a smelter needs about 425 kg of carbon anode which is produced by mixing 80% of CPC and 20% of CTP. The costs of these two ingredients have increased by over 80% in less than two years. As a result, alumina, coke and pitch accounted for around 50 % of the smelters’ cost base in 2018.

The calcined pet-coke market is about a quarter of total pet-coke market share, in which growing demand is increasingly coming from the energy-intensive cement and power industries. Calcined pet-coke is widely used in the aluminium industry (70-80%), but also for anodes for the steel and titanium smelting industry, as well as for paints, paper, steel, fertilizer etc.

Currently, there is no known commercially viable substitute for calcined petroleum coke in the fabrication and utilisation of anodes for aluminium smelters. It boasts a superior combination of electrical conductivity and resistance to chemical and physical degradation in the smelting pot, which contains lower levels of contaminants (i.e. ash).

Coal tar pitch is a key raw material to make the products defining the “post-carbon” high tech renewable economy: Lithium Ion batteries, LED lights, solar panels and carbon fiber. These markets are still small but growing rapidly. While the aluminium industry is the biggest consumer of CTP (some 90%), other applications, whether electric arc furnace (EAF) electrodes, or tech renewables are priced far higher.

The United States and China are two dominant suppliers of calcined pet coke to global smelters, and 75% of the global aluminium industry relies on Beijing’s CTP production. 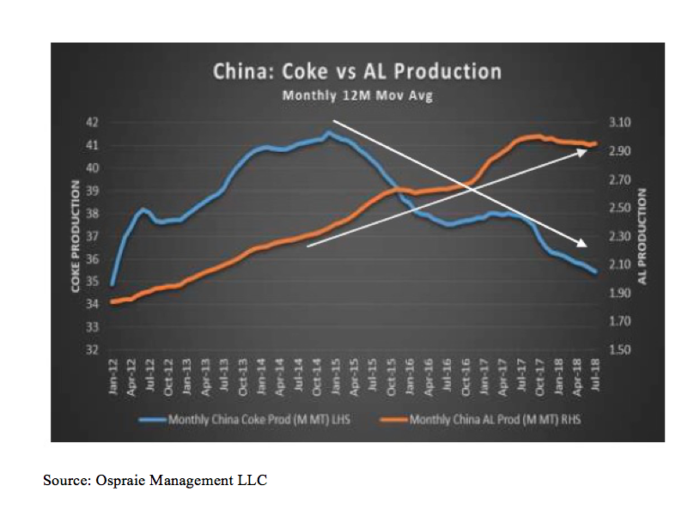 But China is starting to produce more steel from its growing domestic supply of scrap – partly by using the EAF (electric arc furnace) process, partly by using more scrap (and less coke) in the blast furnace and converter process. As a result, the Chinese CTP supply continues to shrink with no new meaningful supply source in sight. Despite costs of both CPC and CPT prices having eased somewhat in recent months, the tightening trend may experience another cyclical squeeze over the coming winter in expected production cuts of blast furnace steel process and anode production to control air pollution, though probably in somewhat less extent than last winter.

Thus, in Shandong province, where prebaked anode capacity accounted for around 31% of overall capacity in China, only some 530,000 tonnes of annual production was required to suspend during the winter. A total of 14 prebaked anode plants in Henan province received notices for winter cuts, affecting 1.43 million tonnes of capacity, an SMM survey found. In east China, prices of prebaked anode stood at 3,575-3,775 yuan/tonne (US$ 514-543/t) as of November 23, flat from the start of October, according to SMM assessment.

As for the US, while the surge in light shale oil production in recent years has resulted in a drop off in GPC production, new low sulphur policies in China and winter closures to reduce air pollution have also resulted in significantly lower production of both calcined pet coke and coal tar pitch, creating market deficits and higher prices.

Rio Tinto had an average purchasing price for H1 2018 of US$ 440 /t for CPC (on FOB basis) and US$ 801/t for CTP. Alcoa expects CPC prices to have peaked in the third quarter and should come off a little bit in the fourth quarter. CTP prices should stay around flat. Similarly, South32 has also experienced higher smelter raw material costs of US$86 million in FY 2018, mostly due to higher alumina, CPC and CRP costs.

Faced with high and rising input (raw materials) costs, the strategies of aluminium smelters are increasingly moving towards higher production of recycled aluminium, while primary is stagnating or even decreasing. This trend will continue and even strengthen in future. Instead of thinking how to secure cheap electricity price, how to avoid fluctuations and rapid price spikes of alumina prices and rising costs of anodes (including CPC and CTP), producers will be increasingly focused on supply and selection of aluminium scrap.

Producers won’t solve the problem of relatively low LME prices easily – either by adhering to ASI certifications and labelling their products “green”, or by asking for import tariffs. Solving the problem will only come with the realization that primary production is becoming a kind of luxury, only fit for countries that are on the lower end of the cost curve.