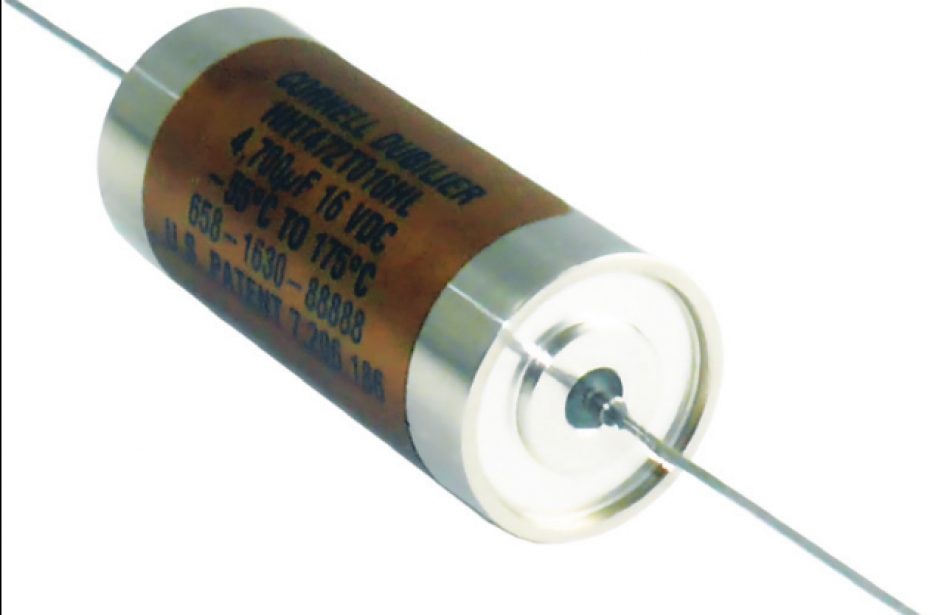 The new HHT series is revolutionary due to a unique axial-lead electrolytic with a glass-to-metal seal, preventing the capacitor’s electrolyte from drying out. It also boasts a ten-year shelf life and a 2,000-hour operational life at rated voltage and at a temperature exceeding 175° C (347° F), while at or below 150° C (302° F) and full-rated voltage, the capacitors best their competitors’ performance over the course of 5,000 hours and ripple currents of up to 10 Arms.

Such performance makes the HHT series well suited to the rigors of high-stress applications, such as in military, aerospace, down-hole, and off-road utilizations. The new series is the only one on the market to date that offers such performance at temperatures of 175° C or better utilizing aluminium, which is largely thanks to the glass-to-metal seal, according to CDE. Such a seal prevents conventional electrolytics to lose electrolyte, leading to a fall in capacitance and a corresponding loss in equivalent series resistance. CDE says that, in order to attain such performance without the seal, manufacturers use the far more rare and expensive element tantalum.

Nine varieties are offered, with capacitance ranging between 470 µF to 4,700 µF and ratings of between 16 Vdc to 40 Vdc. Each model stood up to military-grade vibration testing of a force of 20g.