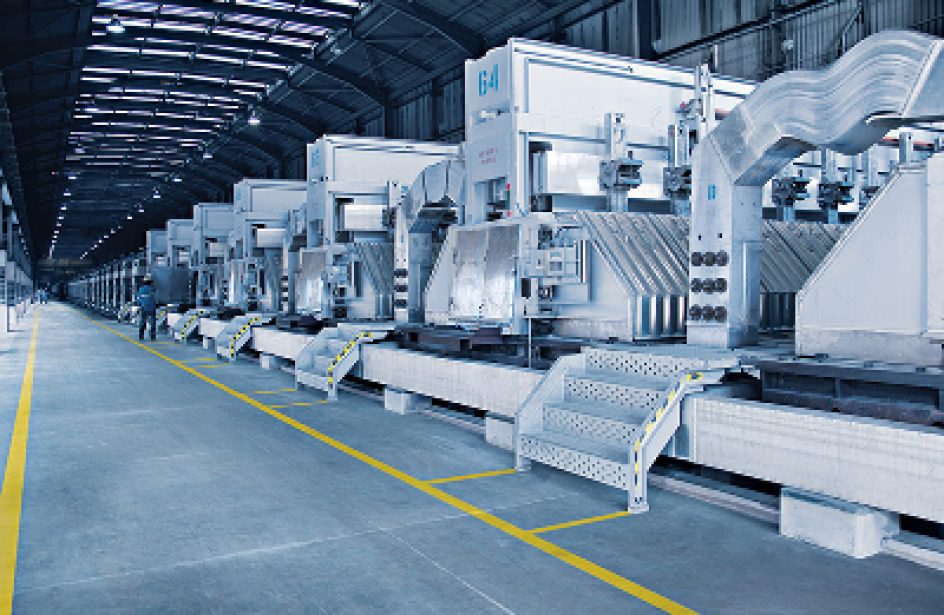 Representatives of Abu Dhabi’s government reaffirmed their commitment to the country’s manufacturing sector generally, and the domestic aluminium industry specifically, in a visit to Emirates Global Aluminium last week.

Delegates from the Department of Economic Development made the visit to EGA’s Al Taweelah aluminium smelter and the under-construction Al Taweelah alumina refinery. Among the visitors were the department’s Acting Undersecretary Khaleefa Salem Al Mansouri, whose comments underscored the importance of EGA to the country’s overall economy.

“As one of the most important industrial companies in Abu Dhabi, EGA plays an important role in the emirate by feeding into small and medium industries and actively supporting the contribution that the industrial sector in Abu Dhabi makes to the gross domestic product of the emirate, which achieves sustainable economic development and advances the Abu Dhabi Economic Vision 2030.”

Al Mansoori went on to say that his government plans to aid the development of such industries by linking them with the sectors that utilize aluminium, such as aerospace and defense.

“Our company relies on a competitive local supply chain and a growing downstream customer base in the UAE to achieve commercial success,” explained Abdulla Kalban, EGA’s Managing Director and CEO. “Both have grown with us over the decades and we were pleased to brief His Excellency on how together we have made a major contribution to the industrial prosperity and economic development of the UAE.”