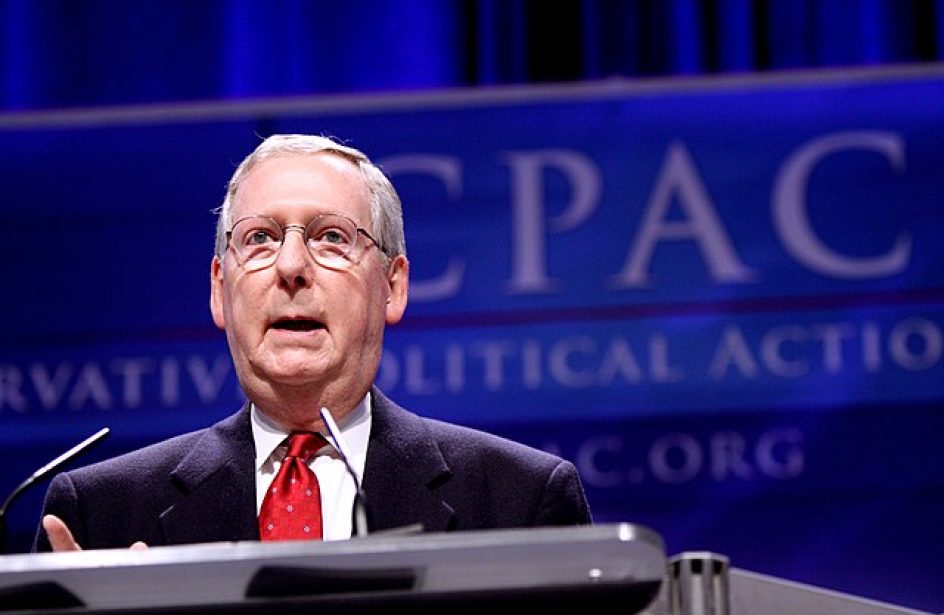 Those hoping for a reprieve from U.S. President Donald Trump’s blanket 10-percent tariffs upon all imported aluminium can expect no help from the legislative branch. So said the top member of the branch’s upper house earlier this week.

Kentucky’s senior senator and Senate Majority Leader Mitch McConnell told reporters on Tuesday that the odds of any legislation reversing or amending the tariffs announced last week by President Trump are essentially zero. The six-term Republican indicated that the Trump Administration was in command of tariffs, but allowed that not all of the party faithful are satisfied with the administration’s decision.

“The administration has all control. The thought that the president would sign a bill that would undo actions he’s taken strikes me as remote at best. I think it’s highly unlikely we’d be dealing with that in a legislative way. That is not to say there is not a lot of concern in the Republican conference about this issue of tariffs.”

The tariffs, which are a response to a year-long Section 232 investigation into the national security implications of overabundant aluminium imports, are slated to come into force next Friday. Though initially intended to apply to all imports without exception, the administration has allowed for temporary reprieves for Australia, Canada, and Mexico.