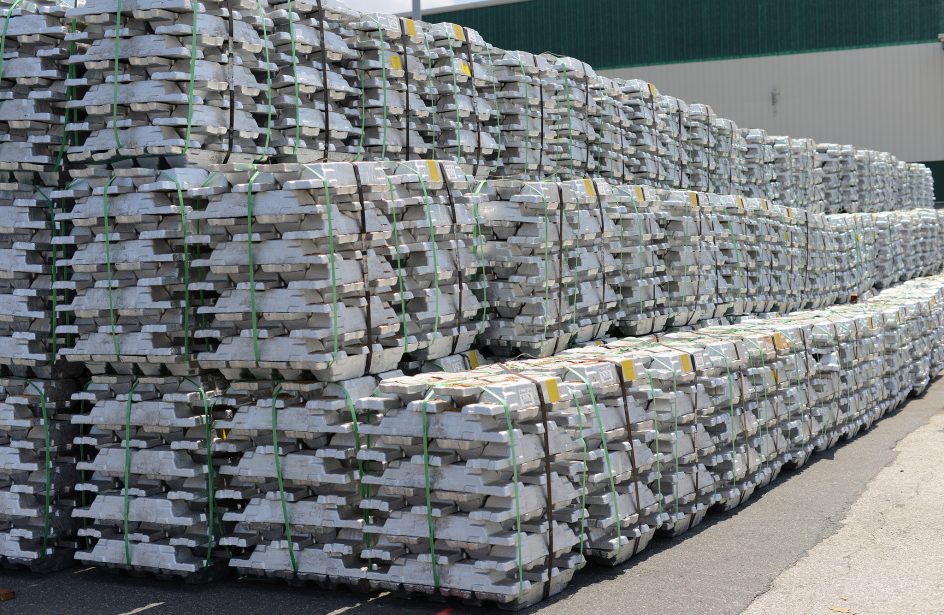 The yearly highlight of the global aluminium industry is set to begin on Wednesday in Berlin: Metal Bulletin’s 33rd International Aluminium Conference. The three-day meeting is typically considered the ground for the so-called “mating season,” that time of the year when deals are struck between aluminium suppliers and their buyers for what sales of aluminium above LME premiums will be carried out over the course of the coming year.

The aluminium mating season is of singular importance to suppliers for obvious reasons, no less because it usually guarantees that downstream aluminium users – such as the countless small- and medium-sized enterprises (SMEs) so important to the economies of many European countries – are readily supplied with the metal.

Which is why this year’s Conference will have repercussions all along the aluminium value chain. While buyers and sellers will seek to lock their aluminium supplies for 2019, the event is overshadowed by the fact that United Company Rusal, the second largest aluminium producer in the world, will likely be relegated to the sidelines.

According to Reuters, the sanctions imposed on UC Rusal on 6 April will make customers reluctant to enter into agreements with the company, as no long-term supply agreement is possible considering the 23 October deadline set by the U.S. Treasury for unwinding all business with the company. With UC Rusal thus effectively barred from concluding year-long deals, over 20% of Europe’s aluminium demand is facing virtual elimination from the market. Last year, UC Rusal supplied 6% of the world’s primary aluminium and 7% of its alumina.

Replacing UC Rusal’s aluminium is no easy task, especially since Europe is only now experiencing the tip of the sanctions iceberg. But should the punitive measures remain in place, metal supply lines will be severely disrupted as well due to UC Rusal’s important production of alumina. At the core is the Aughinish alumina refinement plant in Ireland, where its 450 employees and 220 contractors produce over 1.9 million tonnes of the white powder every year. The plant is vital in shipping alumina to smelters across the European continent where it is turned into primary aluminium.

For example, Europe’s largest primary aluminium smelter in Dunkirk, France uses alumina from Aughinish to produce its metal, which is subsequently sold to European downstream aluminium producers across the continent. However, when the sanctions finally bite full-force, Dunkirk will soon find itself without a reliable alumina source, and may very well be forced to shut down, at least temporarily. Such a scenario would come with an eye-watering price tag for its owner, Rio Tinto. The company would have to spend tens of millions of euros to turn the potlines back on, as well as lay off employees. A similar fate could await UC Rusal’s only smelter on European soil, the Kubal plant in Sweden. Responsible for 500 jobs, the smelter is another key producer for the European market.

In addition, European costumers are heavily reliant on the affordable availability of aluminium to preserve razor-thin margins and remain competitive against Chinese rivals. A tightening supply of ever more expensive aluminium would therefore break this equilibrium and send European firms into a tailspin – along with the industries they serve.

And there’s little optimism that Washington will relent on the sanctions prior to 23 October. Market watchers fear that the US may not be willing to make a decision ahead of the US elections, meaning that this uncertain situation for aluminium markets could prevail for the foreseeable future. In fact, the sanctions are almost guaranteed to remain in place at least until after the 6 November midterm elections in the US.

Being left out in the cold in Berlin this week is sufficiently devastating by itself. However, for UC Rusal, the body blow will be but one in a flurry of hits the firm is expecting in the near future. The company has already halted production at one of its smaller plants in Nadvoitsky, as the entirety of its production is typically destined for American buyers. The month of September could see more shut downs as contracts begin to expire and production is packed away in warehouses. More value-added activities will be ramped down this month owing to the company’s inability to negotiate with certainty any deal beyond the October deadline.

The ripples, which were temporarily eased when the Treasury Department pushed back the deadline for third-party compliance from June to October, will likely get amplified in the coming weeks. In a report released last week penned by CRU and Fitch, aluminium prices are expected to climb to dizzying heights should no “acceptable resolution to Rusal sanctions is found”. From a current price per metric ton of US$2,100, the report contemplates the same quantity of metal fetching a price of US$3,000 by 2021 should sanctions continue. Were Washington to relent on sanctions, the report foresees a price rise to only US$2,470.

However, just as the full repercussions of the UC Rusal sanctions have been merely postponed, so too are the probable outcomes should they not be lifted – nationalization, or sale to buyers from China. As removing UC Rusal from the control of its founder Oleg Deripaska has been at the top of Washington’s list of demands, turning the entirety of the firm over to the Russian government may satisfy such a requirement. However, should the Kremlin turn it down, there’s little doubt that Chinese buyers would pass up this golden opportunity.

For both European and United States interests, neither outcome is appealing. With relations chilling between Washington, Moscow and Beijing, losing UC Rusal to either party is likely to set the firm far beyond the reach of any law or regulation the Trump administration wishes to place upon it. And, as Chinese suppliers have shown few qualms about flooding Europe with below-cost aluminium, the continent’s industrial base and its 250,000 workers employed in the aluminium sector have little positives to look forward to should this eventuality become reality.

The next several days are a make-or-break period for UC Rusal, its customers as well as European and global supply lines. Battered this year by sanctions and tariffs, aluminium markets are now staring down the abyss as analysts’ worst fears are set to become reality in Berlin. As Eoin Dinsmore, a consultant at CRU Group in London, put it: “In the best-case scenario, we see a further extension for Rusal, but the U.S.-Russia relationship is highly political, so we could even see something even more severe that the market isn’t expecting.”