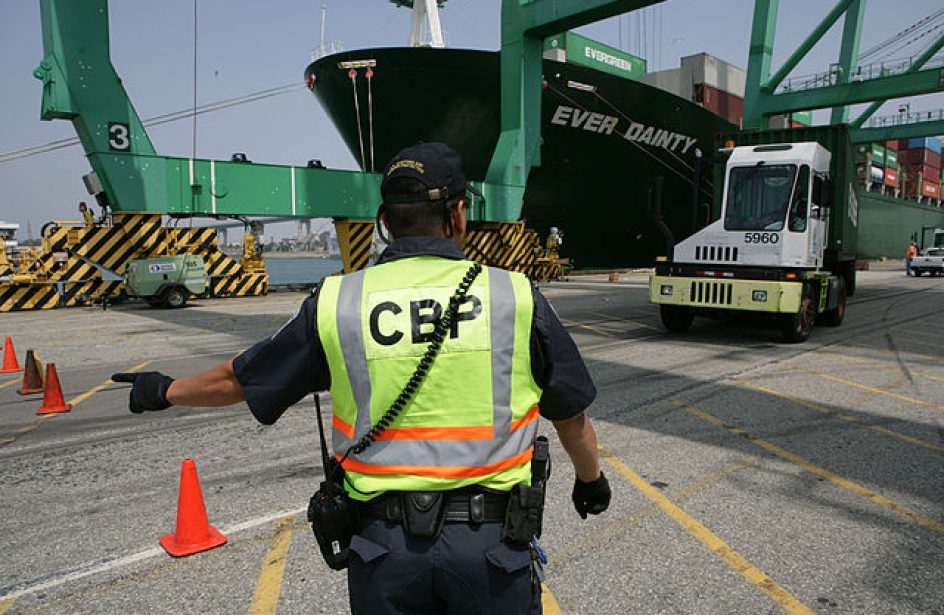 U.S. Customs and Border Protection Officer Daniel Olmos directs a truck with a seaport container to an inspection area at the port of Los Angeles Evergreen Terminal. Source: Wikimedia

U.S. Customs and Border Protection is working with the American aluminium industry to change aluminium tariffs in a manner designed to staunch the flow of fake semis from China into the global aluminium market.

As previously detailed in these pages, major Chinese firms have been justifiably accused on several occasions of shipping partially-machined aluminium parts to an intermediary country where those aluminium semis are re-melted and sold on the open market. The practice allows those firms to evade export duties and to qualify for VAT tax rebates.

According to vice president of policy at the Aluminum Association Charles Johnson, one common item that is shipped out of China as fake semis are aluminium alloy coils. Such coils are classified under the Harmonized Trade Schedule (HTS) header 76.06, which means they are not subject to China’s 15% export duty, and also qualify for the country’s export subsidies, which start at 14%.

The solution proposed by Customs is to re-classify such coils under HTS header 76.01, which is the header under which unwrought aluminium is classified. Such an amendment would make the coils subject to export duty and exempt from subsidies.

According to Johnson, the proposal would need to be approved by the World Customs Organization. No timetable for submitting the change has been announced, but he believes it may occur at some point next year.

“In general, if a product looks like a duck and quacks like a duck, Customs will classify it as a duck,” Johnson said. “In this case we’re saying it’s not so simple. We’re saying some products have been disguised as other products.”

Johnson went on to explain that semi-formed coils meant for re-melting are often made small enough to fit into a furnace, are not shipped in protective packaging, and have not been heat treated or finished in a manner that is meant to increase its strength.