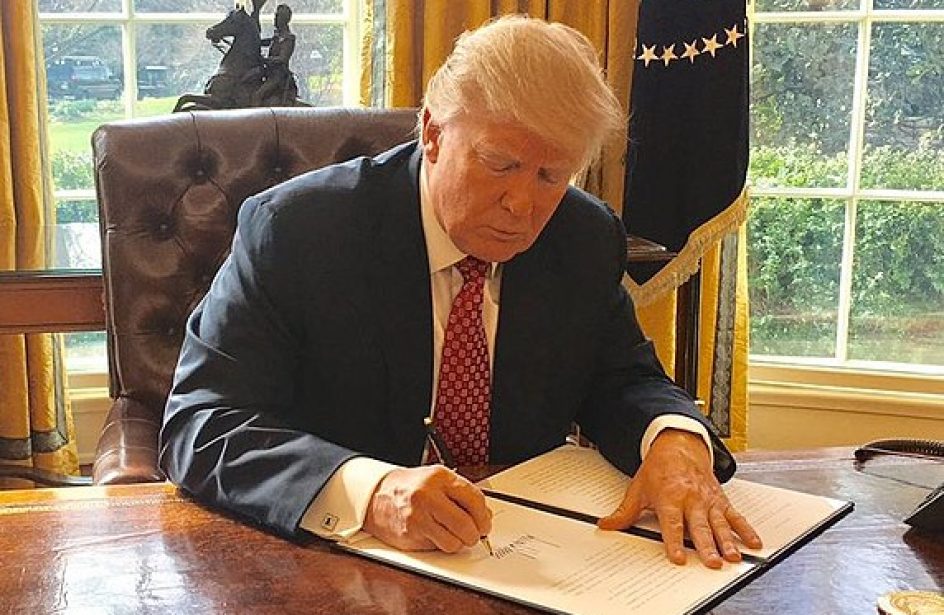 United States President Donald Trump’s announcement earlier this week that his administration’s response to the findings of the Commerce Department’s Section 232 investigation will be a 10-percent tariff on the entirety of aluminium imported into the country, though scarcely unexpected, ran entirely counter to the counsel given him by several of the country’s major aluminium advocacy groups.

In late December the American Extruders Council issued a statement responding to the Section 232 investigations lauding the administration for taking steps to address the problem of significant oversupply of the metal in the U.S. market. Noting that extruders adapted to antidumping orders issued in 2011 by building out plants that offer products in different sectors, the AEC also warned that solutions that fail to specifically address production in the People’s Republic of China risk making the situation far worse.

However, the Administration risks ignoring the China problem by imposing trade restrictions on imports from other countries which could shut off the supply of primary aluminum and threaten the ability of downstream American manufacturers to compete. Therefore, the Aluminum Extruders Council is recommending a remedy that places an aluminum content tariff on all Chinese imports. Importers would need to declare the value of the aluminum content in their imports and pay a tariff on that value.

In fact Jeff Henderson, President of the AEC, warned against the exact scenario in which U.S. extruders will presently find themselves once tariffs go into effect.

“Given the successes realized by AEC’s trade actions, we believed the administration would take a keen interest in our industry’s journey. When there is a complete consensus that China is the problem, we are concerned that the remedies imposed in the 232 Investigation will miss the need to focus on China and instead lead to tariffs on that much-needed aluminum supply, risking the downstream markets’ ability to compete in a global marketplace.”

Asserting that the root of U.S. primary aluminium producers’ problems involve access to affordable energy, stifling red tape, and Chinese aluminium overcapacity, the AEC posited that such hurdles be addressed alongside any possible tariffs enacted on aluminium imports.

In February the Aluminum Association issued a press release outlining its opinions as to the proper response to the findings of the Section 232 investigation. Far from advocating blanket tariffs, the AA’s position included targeting Chinese overcapacity, preserving existing trade relationships with countries and regions that feature market economies, and insuring that measures taken bear in mind the needs of downstream aluminium interests.

“We look forward to working with the president on a final decision that helps support continued growth in the U.S. aluminum industry. Ultimately, we favor a negotiated, enforceable government-to-government agreement with China on overcapacity.”

Ultimately the Association favored a monitoring system similar to that currently in use for imported steel imports that tracks aluminium in order to prevent transshipments of the metal in an effort at eluding tariffs.

While it remains to be seen what effect the tariffs levied upon imported aluminium will do to change the U.S. aluminium sector, what is abundantly clear is that the solution the Trump administration has chosen to implement goes against the wise counsel of a number of aluminium stakeholders in the United States. Despite the immediate visceral reaction enjoyed by such punitive measures, it remains to be seen whether the heavy-handed tactics will lead to greater difficulties for the aluminium sector in the months and years to come.