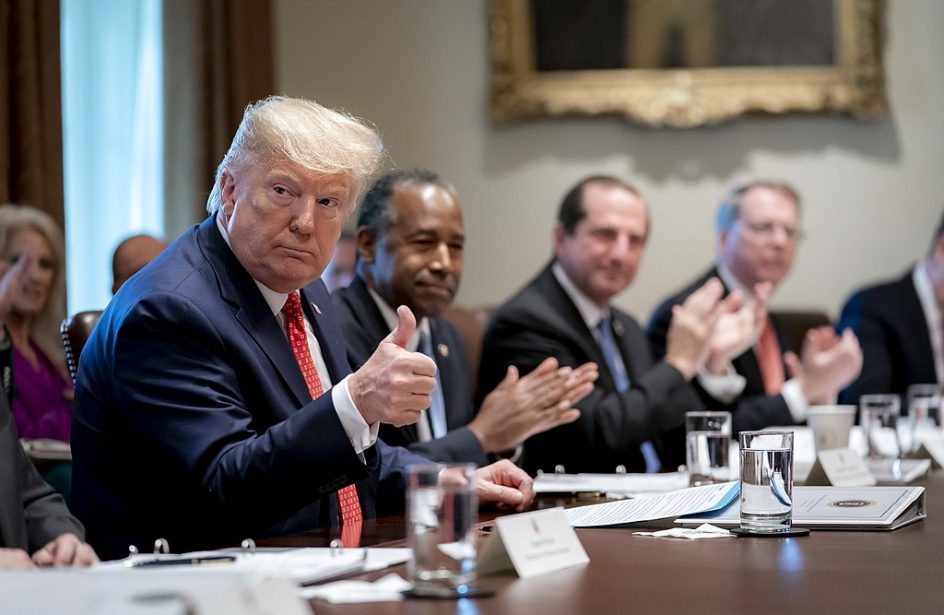 Citing currency weaknesses that he says are harming the American farmer, United States President Donald Trump announced on Monday the reimposition of import tariffs on aluminium and steel from producers in Brazil and Argentina.

A surprise pre-dawn tweet by the head of the executive branch sent chaos through the ranks of trade officials from both South American countries yesterday, sending them straight to their American counterparts for an explanation of their president’s actions.

Brazil and Argentina have been presiding over a massive devaluation of their currencies. which is not good for our farmers. Therefore, effective immediately, I will restore the Tariffs on all Steel & Aluminum that is shipped into the U.S. from those countries. The Federal….

Trump did not immediately offer any further details about the new tariffs. Though both countries have been endeavoring to strengthen their currencies, analysts say a significant factor in their weakness is the trade war waged by the Trump Administration against the People’s Republic of China.

Trade officials from the two countries spent much of Monday in consultations with Washington, D.C. Meanwhile, a Brazilian steel trade group said it was “perplexed” by the decision, characterizing it as a “retaliation.”

However, Brazil’s president Jair Bolsonaro challenged the assertion that Trump’s move is punitive in nature in an interview with local media.

“I don’t see this as retaliation,” he said. “I’m going to call him so that he doesn’t penalize us … Our economy basically comes from commodities, it’s what we’ve got. I hope that he understands … and I’m almost certain he’ll listen to us.”

Argentine Production Minister Dante Sica admitted that Trump’s decision was “unexpected” and said his department was actively pursuing a dialogue with American officials. He said internal talks have already begun regarding how best to address the new situation, and his government has lobbied for a discussion with U.S. Commerce Secretary Wilbur Ross on the matter.

“We are trying to get more precision (about the announcement) and what impact it could have,” he said. “We do not yet know the magnitude (of the measure).”

Sica went on to say that Argentina ships around US$700 million in steel and aluminium to the United States each year.