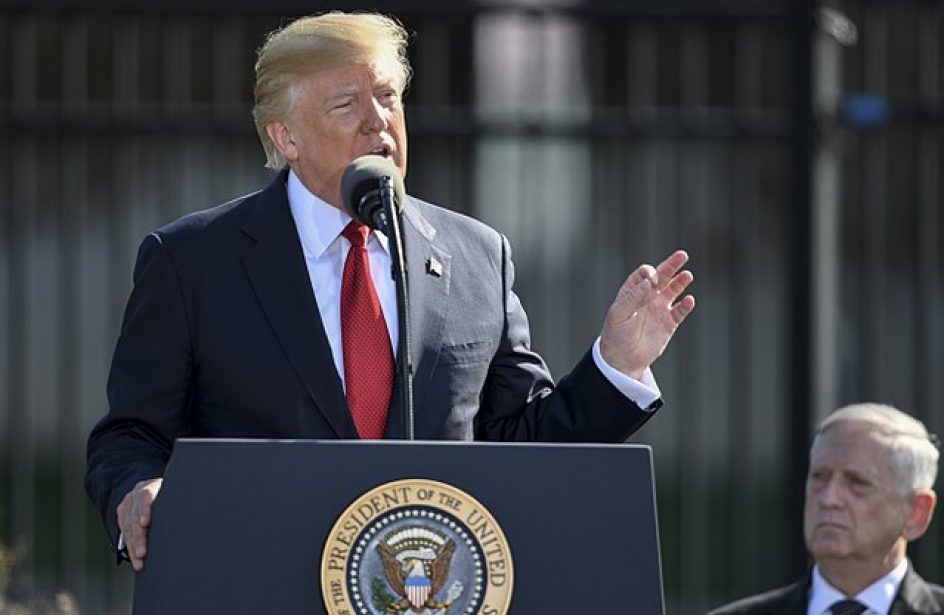 United States President Donald Trump confirmed yesterday what had long been rumored – his administration will be imposing steep tariffs on aluminium and steel in a matter of days.

Trump revealed in an announcement yesterday that he will be putting his signature on documents authorizing new tariffs on aluminium of 10 percent and on steel of 25 percent. Though no specific duration for the measures was given, he said that they would remain in place “for a long period of time.”

“We’ll be signing it next week. And you’ll have protection for a long time in a while. You’ll have to regrow your industries, that’s all I’m asking. What’s been allowed to go on for decades is disgraceful. It’s disgraceful. When it comes to a time where our country can’t make aluminum and steel … you almost don’t have much of a country.”

The coming trade sanctions are the culmination of a Section 232 national security investigation kicked off by the Trump administration within weeks of taking power. The investigation, which was carried out by the U.S. Commerce Department, returned findings in January indicating that the importation of low-cost aluminium from overseas imperiled the country’s ability to sustain production of specialty aluminium used for defense applications.

According to industry sources briefed on the matter, Trump intends these tariffs to apply across the board, excepting no countries. Those present at the briefing say Trump’s rationale is to avoid setting precedence for countries seeking such exceptions, and to make it impossible to avoid tariffs by transshipping metals through third countries.

An early morning Twitter message from Trump’s account foreshadowed yesterday’s announcement, declaring the move to be one of “smart trade.”

Our Steel and Aluminum industries (and many others) have been decimated by decades of unfair trade and bad policy with countries from around the world. We must not let our country, companies and workers be taken advantage of any longer. We want free, fair and SMART TRADE!

Reaction form the domestic aluminium industry was swift. Century Aluminum’s CEO Michael Bless was among the first on record with praise for the president’s announcement.

“President Trump’s commitment is critical for the U.S. aluminum industry. The President’s bold leadership on the aluminum Sec. 232 will protect our country’s national security and help level the playing field for thousands of American aluminum workers.”

Bless continued by promising to reopen operations at its Hawesville plant once the new regime of tariffs is in place. The Hawesville plant, which is currently only operating at 40 percent of capacity, is the last operating smelter in the United States capable of producing the type of high-purity aluminium the Section 232 investigation found to be imperiled by low-cost aluminium flooding the United States market.