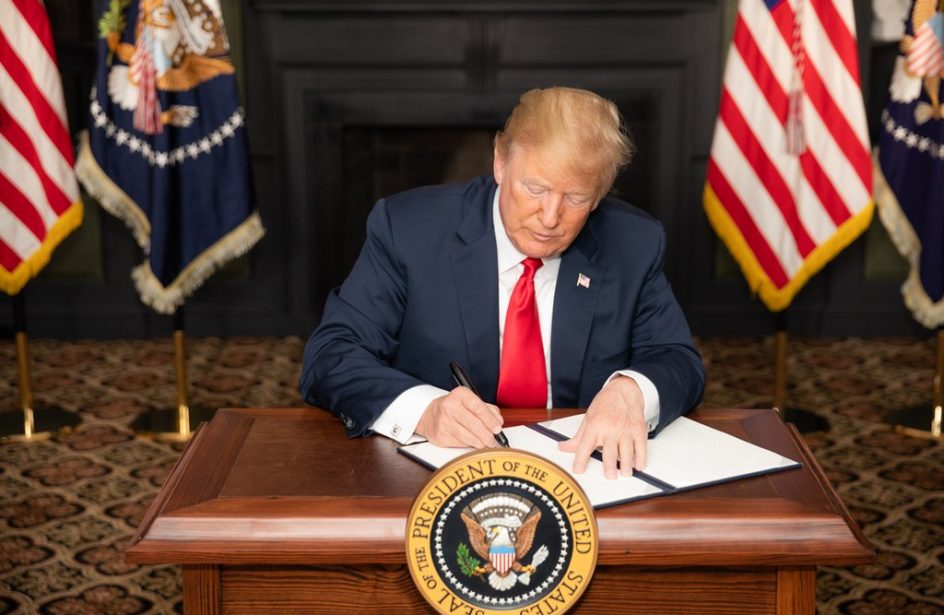 In response to Iran’s announcement that it will ease self-imposed restrictions on its nuclear weapons program, the Trump Administration on Wednesday announced a new round of sanctions on the Persian state that were designed to hamper revenue it derives from exports of aluminium and other industrial metals.

Citing a Clinton-era executive order and pointing to his authority arising from the Iran Freedom and Counter-Proliferation Act of 2012, President Trump issued the order, which blocks use of property in the United States used to benefit Iran’s iron, steel, aluminium, or copper sector.

“It remains the policy of the United States to deny Iran all paths to both a nuclear weapon and intercontinental ballistic missiles, and to counter the totality of Iran’s malign influence in the Middle East,” the order read.

“It is also the policy of the United States to deny the Iranian government revenue, including revenue derived from the export of products from Iran’s iron, steel, aluminum, and copper sectors, that may be used to provide funding and support for the proliferation of weapons of mass destruction, terrorist groups and networks, campaigns of regional aggression, and military expansion.”

The United States Treasury Department said later that it would recognize a 90-day grace period for current contracts, but noting that any new transactions entered into after May 8 would be given no such consideration.

“Tehran can expect further actions unless it fundamentally alters its conduct,” Trump warned in comments made to the press later that day.

According to the U.S. government, Iran is the 18th biggest steel exporter on Earth, sending 7.4 million metric tons abroad in 2017. Thailand was the biggest buyer of Iranian steel, taking in just over one-fifth of the country’s exports, followed closely by the UAE’s 19-percent stake.

Iran’s primary trading partner is the People’s Republic of China, accounting for 27 percent of the country’s US$101 billion per year in exports.