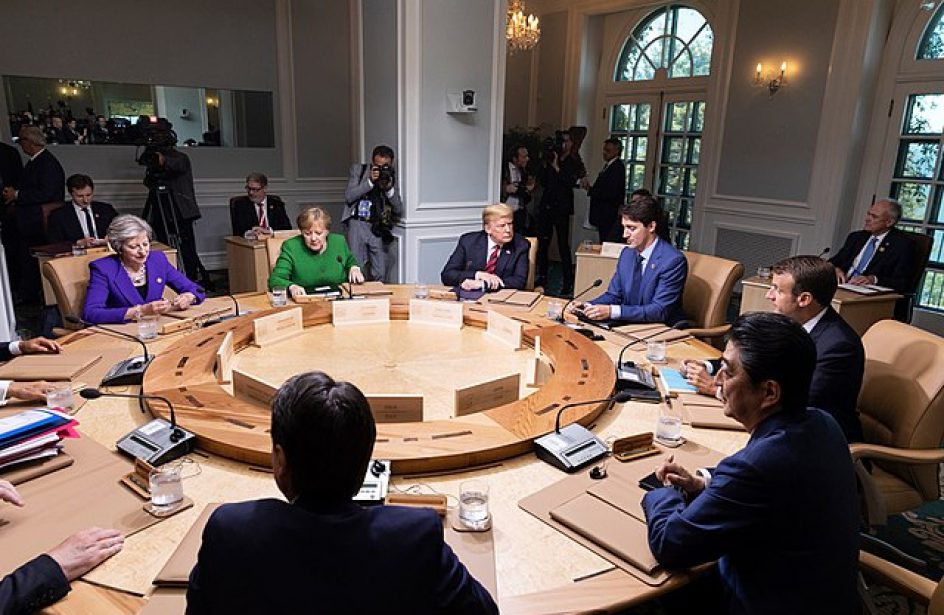 The 44th G7 summit ended on a sour note on Saturday, as the Canadian Prime Minister told the assembled media that his country’s government is not likely to take the Trump administration’s tariffs on aluminium sitting down.

Speaking in the context of the tedious negotiations with the White House over the North American Free Trade Agreement (NAFTA), Canadian Prime Minister Justin Trudeau relayed a portion of the conversation he conducted with his United States counterpart over the recently-enacted trade hurdles.

“I highlighted directly to the president that Canadians did not take it lightly that the United States has moved forward with significant tariffs,” Trudeau revealed.

“Canadians, we’re polite, we’re reasonable, but we will also not be pushed around.”

The G7 summit was a study in diplomatic tension and mistrust, as the dynamics of the event quickly turned against the United States’ chief executive. Termed by one leader as “the G6+1,” the Trump administration’s imminently controversial and widely reviled tariffs on aluminium and steel helped alienate much, if not most, of the six other countries’ governments. Especially so Canada, whose exemption to the aluminium tariffs lapsed just days prior to the event.

Though not directly addressing the aluminium tariffs issue, President Trump spoke in broad terms regarding trade deals with both of the United States’ neighbors, hinting at more one-off deals with the two countries outside of the NAFTA regime.