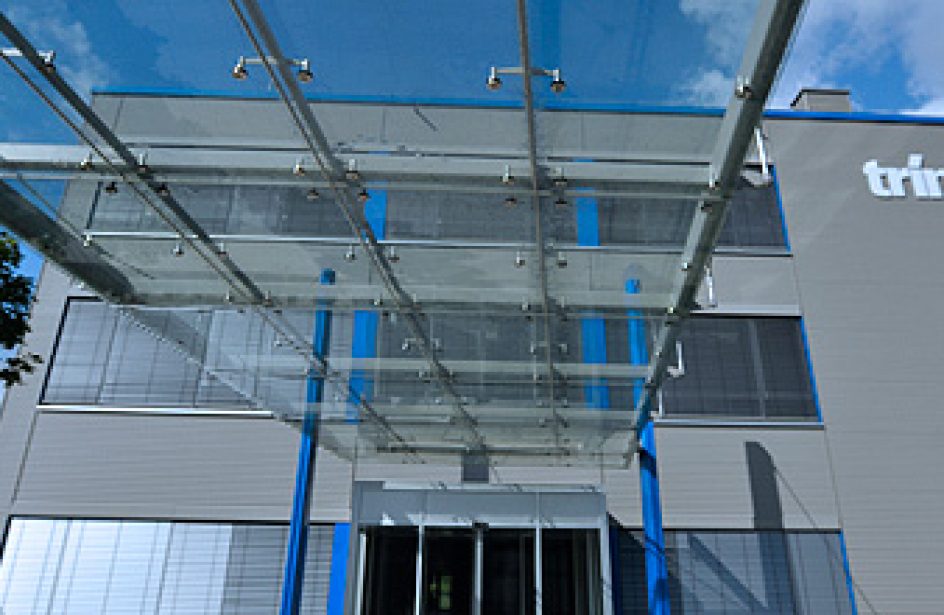 Trimet Aluminium SE is not just Germany’s biggest aluminium producer and one of the leading players in Europe, it is also a hotbed for innovation. The 30-year old family business made news earlier this year after it became the first company to roll out a revolutionary new “virtual battery” system that opens a new front for producers trying to reduce their CO2 emissions.

The company is currently working on the €36 million “virtual battery” project in order to make the energy-intensive electrolysis process more flexible. This development will enable Trimet to overcome the problems associated with Germany’s Energiewende (transition to renewables)– namely the intermittent nature of solar and wind. That’s a big problem for what is the country’s largest energy consumer – second only to Deutsche Bahn – whose yearly gross demand is around 6TWh. What’s more, Trimet is already participating in the country’s demand response programs, taking its aluminium smelters offline for short periods when required to stabilize the grid in the face of load surges – but with this technology, that process could be rendered irrelevant.

The “virtual battery” concept relies on installing adjustable heat exchangers that can maintain the energy balance in each electrolysis cell irrespective of shifting power inputs. Since aluminium production requires a constant energy supply, any fluctuation could have heavy consequences for the molten metal. The technology also ensures that grid power fluctuations do not affect the magnetic fields in the electrolysis cells.

By the end of 2017, all 120 pot-cells in one electrolysis hall of Trimet’s Essen smelter will be converted. The smelter, where the company’s headquarter are located, has 360 electrolitic cells and produces around 165,000 tonnes of primary aluminium and 300,000 tonnes of casthouse products per year. The main products at this site are extrusion billets, rolling ingots and various die casting alloys. The Essen plant has also capacity to recycle 50,000 tonnes of scrap annually.

The conversion is being supervised by Energia Potior Ltd, the company responsible for the commercialisation of the patented EnPot Heat Exchanger technology, which was developed by the Light Metals Research Centre at the Auckland University, New Zeeland. According to Dr. Martin Iffert, the CEO of Trimet Aluminium SE, “Trimet’s trials of the EnPot technology indicate that by being able to dynamically increase or decrease our energy use by 25%, Trimet could in fact become the energy bridge buffering supply and demand in Germany. Our goal is to use our smelters to give Germany a virtual battery capacity of 12GWh, which would be approximately 25% of Germany’s current pump hydro storage capacity,”

Roman Düssel, production manager at Essen Electrolysis, said the goal for Trimet has been to find pathways to allow the smelter to shift power use by ± 25%. “The biggest problem with our conventional cell design is that we cannot maintain an operational cell heat balance when varying cell power, meaning the pots will either ‘tap out’ or ‘freeze over’ if the power input to them is shifted up and down by such a degree. The EnPot technology allows us to dynamically control the heat loss of the pot and therefore maintain heat balance under a wide range of operating conditions. It basically allows us to break the restraints of the current cell design and open up the operating window”, he said.

Düssel added that under normal operating conditions with normal line amperage, the pots with EnPot installed have outperformed the rest of the pots in the line with 0.25 DCkWh/kg lower energy consumption and 0.4% higher current efficiency. “These results underpin our confidence in the EnPot technology and we are confident we will realize our goal of ± 25% energy usage when we have it on the whole potline,” he said.

The technology has already been tested: in April 2016, Trimet experienced a power outage lasting several hours. The cells fitted with EnPot had less difficulty in being restarted than the cells without EnPot. The Trimet outage proves EnPots value in the case of a serious power outage, the electrolysis cells can be kept warmer for longer, while restarting them is less problematic.

Who is Trimet Aluminium?

How did this producer, which started with 3 employees in 1985, become such a trailblazer? Karin Schlüter, owner and member of the Management Board, puts the onus on investment and sustainable growth. The company has so far spent €800 million in developing its four smelters, two recycling plants and several foundries in eight locations. Last year, total aluminium production was approximately 770,000.

Last year, Trimet commissioned a new continuous casting plant at the Essen smelter, an investment worth €15 million, increasing its production capacity by 60,000 tonnes (to 300,000 tonnes per year). This year, the company is investing €5 million in the Essen plant to produce special alloys and molds for auto industry. All in all, the total investments of Trimet Aluminium SE will reach €47 million for the last 3 years (2015-2017), excluding Automotive Division.

Trimet is also replacing the 30-year-old batch homogenizing furnaces at its Essen production facility with a modern continuous homogenization unit from Hertwich Engineering, a company of SMS Group. The new plant also includes storage conveyor and a cooler, and is designed for annual capacity of 30,000 tonnes The new unit, as a part of the new heat treatment plant, started operation in September this year.

According to a March announcement, Trimet is expanding its foundry at the Harzgerode production plant. The plant produces die-cast components for the automotive, electrical and machine construction industries. Trimet supplies engine blocks, transmission components, chassis parts and structural elements for BMW, Daimler AG and Renault, among else. The Harzgerode facility employs about 850 people.

Starting in 2018, Harzgerode is expected to produce up to 1 million finished aluminium clutch housings annually for a big transmission manufacturer, Trimet said. The aluminium foundry in Harzgerode is one of two production locations operated by Trimet. The foundry expansion this year creates space for subsequent processing of complex cast components.

It remains to be seen how the EnPot technology will perform once fully implemented, and whether other aluminium players will seek to implement such “virtual batteries”. What is clear though is that Trimet is one of Europe’s most important industrial players and is devoted to further growth with substantial and continuous investments.