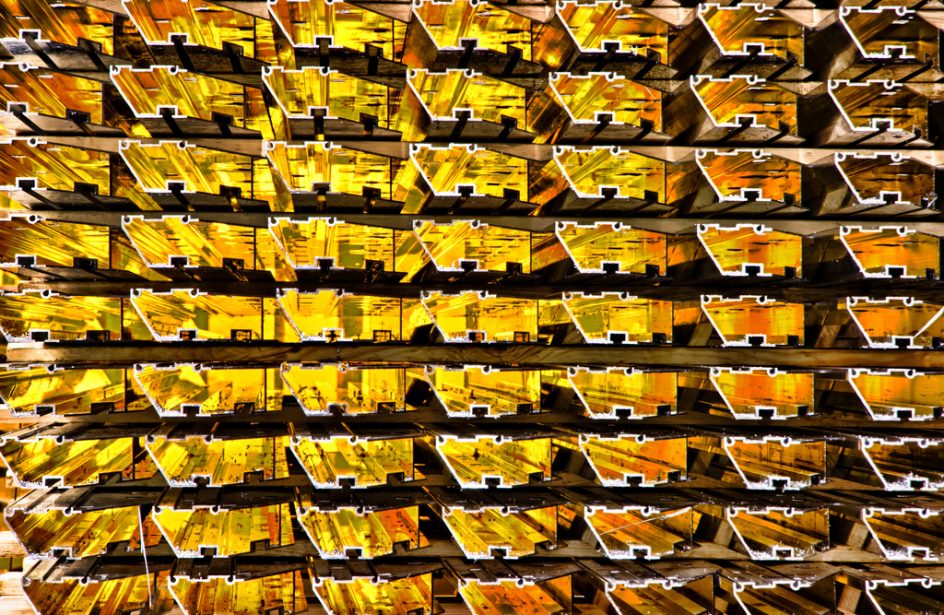 China Zhongwang seems to have entered a new chapter in the continuing saga of its alleged transshipment of extruded aluminium. The story is again told via recently-released export data, but, though the characters remain the same, the plot seems to have taken a somewhat different tack.

Zhongwang has spent the better part of two years explaining to the aluminium world the whys and wherefores of a one-million-metric-ton stockpile of extruded aluminium discovered collecting dust in the Mexican desert. Unnamed parties have leveled allegations against the world’s second-largest producer of extruded aluminium of shipping semi-formed ingots through Mexico and/or Vietnam, remelting them along the way, and selling them as raw aluminium in an effort at evading export duties out of China and import duties in the United States, and to qualify for value-added tax (VAT) rebates from China. Representatives for the firm have steadfastly denied the allegations from the beginning, characterizing the “non-factual statements” as “completely baseless.” However, these denials have fallen largely upon deaf ears, as evidence of the alleged improprieties continued to pile up before the industry’s eyes.

The action has been played out in aluminium products classified under customs code 7604, which encompasses aluminium bars, rods, and profiles. Over the course of the first three months of this year, producers from China shipped 185 thousand metric tons of aluminium products falling within that classification. The trickle-down effect from supply-side reform in the aluminium smelting sector took its toll upon shipping numbers in the first quarter, as the overall number fell by one-third year-on-year.

The drop in shipments to each country was far from uniform, however. The Socialist Republic of Vietnam has been the leading recipient of exports of 7604 aluminium for some time, accounting for over 13% of the country’s total exports, which was almost nine percent above the next leading recipient. That quantity fell by almost 80% year-on-year (to 25,123 tons), which was the largest drop by far among all recipient countries. In the month of March alone, exports fell by a staggering 92% (to 3965 tons), which was also the largest single drop of shipments to any one country.

These fluctuations raise questions about China Zhongwang’s involvement in Vietnam, the alleged residence of the two million metric tons that first caused a stir in Mexico. That warehouse in southern Vietnam has lately come to the attention of national authorities. The factory, operating under the auspices of Global Vietnam Aluminium Co Ltd, is the product of a joint venture between two Chinese-Australian businessmen and US$250 million of their funds. It’s being built to turn out 200 thousand metric tons per annum of aluminium billet, but it is not entirely clear whether the gargantuan stockpile of aluminium accumulated there is to be used as raw materials. Contacted for a statement, a Zhongwang representative declined to comment on “why exports from China to Vietnam may have decreased last year”, maintaining that the company’s exports to the country were “less than 920 tonnes last year”.

However, the controversy first attached to the stockpile in Mexico remained latched to it through its journey across the Pacific. Earlier this month Vietnam’s Deputy Prime Minister Trinh Dinh Dung directed his government to run to ground the rumors that the stockpile is Liu Zhongtian’s attempt to make an end run around tariffs. With the screws put to the factory in Vietnam, it seems only prudent not to add fuel to what could prove to be the makings of a raging inferno.

The last thing the embattled firm needs is another brush fire. As Vietnamese officials were announcing their investigation, thousands of miles away in London a lawsuit was being argued alleging that Eric Po Chi Shen, a former financial adviser to Liu, embezzled tens of millions of dollars from him in order to buy real estate, precious jewels, and European super cars, including a 1998 McLaren F1 (valued at US$15 million) and a 1963 Ferrari 250 GTO Berlinetta (possibly worth as much as US$52 million). Shen maintains his innocence, claiming that a debt certificate bearing his signature was executed under threat of physical harm. He committed no fraud according to his attorneys, who say that Shen signed the debt certificate after Liu allegedly confided to him that failing to do so meant that “someone might come up behind you with a needle and you might find yourself in a container.” Attorneys from both parties declined to elaborate upon the allegations to the media, but a spokesperson for Liu relayed his categorical denial of them.

What’s more, Liu’s firm has been struggling to delist from the Hong Kong Stock Exchange by way of a spin-off of its industrial extrusion business Liaoning Zhongwang Group Co. to CRED Holding Co. The deal, which was first announced fourteen months ago, would have Zhongwang selling the business unit to CRED for CN¥28.2 billion (US$4.3 billion) and status as the company’s majority shareholder. Such a move would make it eligible for listing on the Shanghai Stock Exchange, which is seen by many in the industry as a far more lucrative exchange than the one in Hong Kong. In addition, the sale when originally contemplated was projected to net Zhongwang a profit of up to CN¥5 billion (US$770 million). However, and despite the fact that all the pieces of the deal appeared to be in place, the sale has yet to be consummated. Reuters revealed in September that the deal died a quiet death in the interim, leaving the prospect of a spin-off and associated financial restructuring floundering in its wake. The deal continues to reside in planning purgatory at the present time, with no word official or otherwise revealing any hint of a detail regarding when or even if the once-promising deal ever becomes a reality.

It seems certain that China Zhongwang will continue for some time to come to endure the buffets and blows delivered by the storm of controversy within which it currently finds itself.