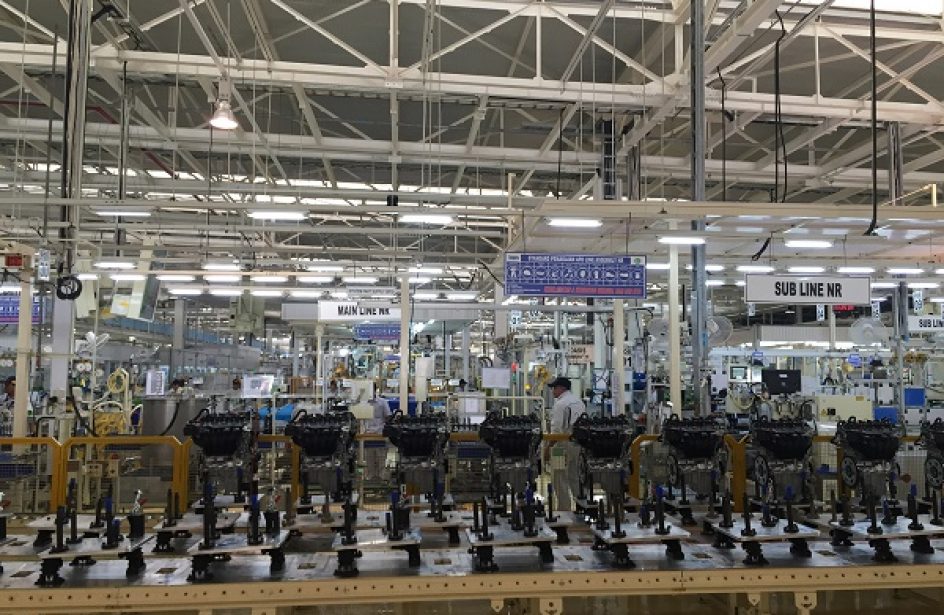 The opening of the Toyota plant is a significant milestone in Indonesia’s aluminium industry. The country nationalized the industry three years ago in an effort to add more value to its natural resources. In 2013, the government took over Indonesia Asahan Aluminium (Inalum) from a Japanese consortium after the original thirty-year lease expired.

According to TMMI president Masahiro Nonami, aluminium block engines are cheaper to operate and vibrate less due to lighter weight than engines with traditional steel blocks.

“Toyota sees TMMIN as one of our core hubs for the production and supply of both vehicles and engines,” said Toyota’s Senior Managing Officer Koei Saga. “Through our operations here, we hope to maintain and strengthen our position as part of the local community here in Indonesia.”

The new plant is expected to turn out 216,000 new engines per annum while employing approximately four hundred workers. In a nod to sustainable growth, the firm is focusing on competitiveness by building factories that are “simple, slim, and flexible,” thereby structuring their plant to handle fluctuations in demand while handling the entirety of the production process in one building.

In addition, the plant is designed to smelt aluminium on site. Toyota has achieved this by reducing the size of smelting furnaces, thereby allowing them to be connected directly to casting machines. This cuts out the need to transport molten metal as well as the attendant risks and increased space needed to handle such hazardous cargo. The plant will also use inorganic sand cores in the casting process for the first time in a plant outside Japan, which will help reduce the release of tar particles, foul odor, and will require less overall cleaning.