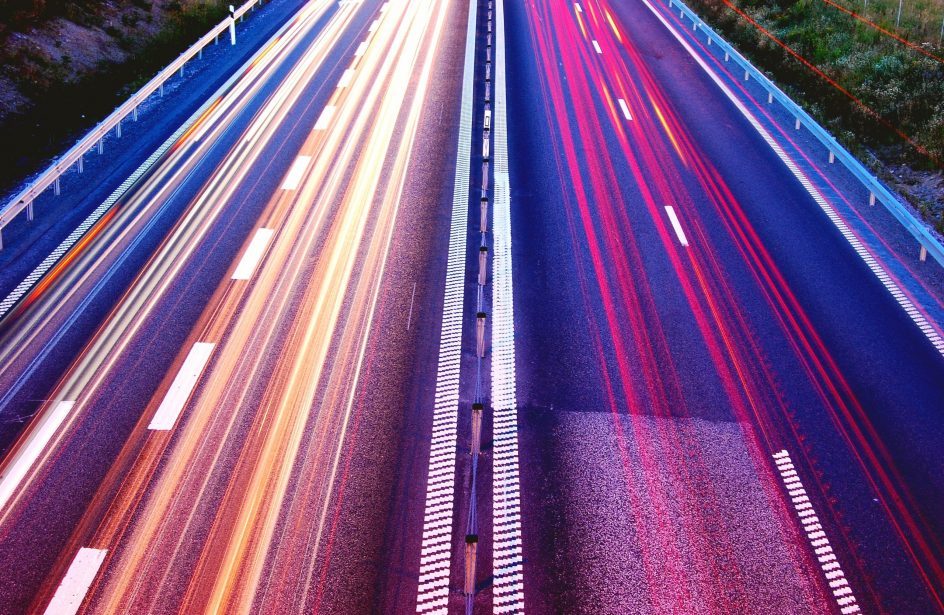 In an era of rapid expansion of electric vehicles (EVs), not many people know that more than 100 years ago, at the beginning of the 20th century, EVs commanded 30% of the automobile market. Actually, during the first decades of the century, EVs dominated U.S. roads, before innovations improved motor vehicles and significantly reduced costs for internal combustion engines (ICEs). The dominance of ICEs started in 1912 and lasts to this day. But is it about to change?

The main advantage of EVs at the time was that they provided greater instant torque, resulting in a smoother, quieter and more exciting ride. Of course, at the time automobiles were a matter of prestige, a plaything of the rich, rather than the ubiquitous transportation devices they are today.

But there’s another difference between the early 20th century and the early 21st century. Unlike in the 1900s, China is the world’s leader in EVs (by the number of cars sold). As a share of the national vehicle fleet, Norway is the world’s undisputed leader: in 2017, 39% cars sold in Norway was battery-driven, an achievement that seems unreachable in most other markets at the moment. As a comparative point, EV sales in the U.S amounted to 1% in 2017.

The world’s fleet of EVs will rise by more than a million this year, topping the 4 million mark for the first time. Simultaneously, the charging infrastructure is also growing: at the end of 2017, there were 582,000 public charging outlets globally, more than half of them in China, and according to Bloomberg New Energy Finance (BNEF) forecasts there will be 755,000 outlets by the end of this year. 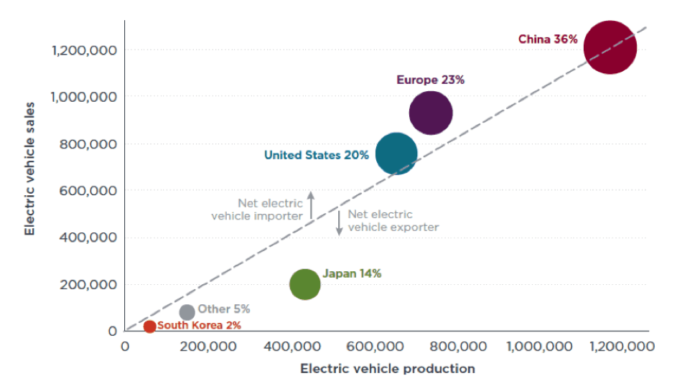 From this follows that aluminium demand for EVs alone this year (without taking into account charging infrastructure) will amount to around 250,000 tonnes, assuming an average aluminium content of around 250 kg per vehicle. The content of rolled and extruded aluminium products in EVs will remain significantly higher than we see in ICEs today, while the use of cast products will somewhat decrease in battery EVs (no IC motor).

Despite strong growth in production and sales over the last two years, industry experts expect global sales of EVs as a share of overall sales to remain in single digits until 2025 at least. 2025 is when EVs forecast to achieve cost parity with ICEs.

However, current projections say that by 2030 aluminium demand from EVs will reach 10 million tonnes, a ten-fold increase on 2017 figures. Global demand for battery electric vehicles (BEV), plug-in hybrid EVs (PHEV) and hybrid EVs (HEV) will exceed 40 million vehicles annually by 2030. That means that from a share of 4% in 2017, electric vehicles are forecast to account for approximately 30% of the global vehicle fleet by 2030. The number of electric cars on roads is expected to expand to 125 million worldwide by 2030, due to supportive policies and cost reductions, according to a recent report from the International Energy Agency.

The world’s biggest economies (China, the U.S. and Europe), will boost demand for battery powered cars over the next two decades and have already been the most advanced in providing subsidies and installing charging points. China is expected to continue to be the largest EV market in the world through 2040.

Another positive trend for EVs is the fact ICEs may be phased out over the next two decades in several countries. The U.K., France, and Norway have announced they will ban the sale of fossil-fuel cars in the coming decades, along with China, which is also planning to stop the sale of fossil-fuel vehicles (although no timeline has been decided).

However, behind these moves, a question of political risk looms, which no one has asked so far: how can a democratic government ban ICEs if a majority of its population prefers them to BEVs? Will any polls – or referenda – be conducted before such a decision? These are all salient concerns, especially if we take into account that some forecasts expect the sales of EVs to surpass ICEs not before 2035, or even 2040. For example, Bloomberg New Energy Finance forecasts that 55 % of all new car sales, and a third of the total 1.6 billion cars worldwide, will be electric by 2040. What will happen to the remaining 45% (or more) of ICEs?

This is why all long term projections related to EVs production and sales, including those of banning ICEs, should be taken with a grain of salt. 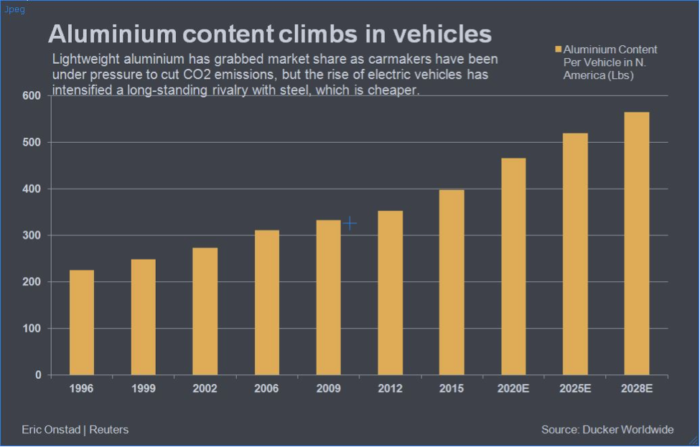 In 2017, the average aluminium extrusion content in ICEs rose to 19-20 kg/car from 14 kg/car in 2013, which equated to an average increase of about 1 kg/car per year. Currently, the average aluminium extrusion content in BEVs stands around 65 kg/car, with a peak of up to 280 kg/car in some models such as the Karma. The aluminium industry will benefit from the electrification trend currently observed in the automotive industry, Platts cited participants speaking recently in an automotive-sector panel at the inaugural S&P Global Platts Aluminium Conference in Dusseldorf. 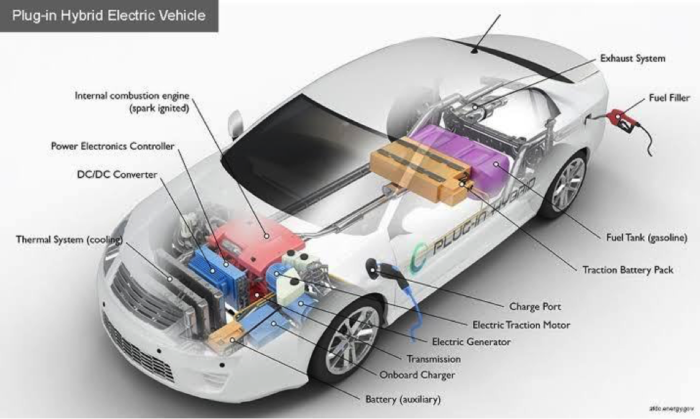 Aluminium is still expected to benefit greatly from the electric vehicle revolution, however, especially from hybrids as they boast two engines. Both the combustion engine block and transmission are typically made out of aluminium, while the metal is also often used for housing the battery and motor in electric vehicles.

The usage of primary aluminium, extrusions and rolled products will be significantly higher than seen in internal combustion engine vehicles today. Plug-in hybrid and full battery electric vehicles use 25-27% more aluminium than the typical internal combustion engine car today, according to CRU. CRU estimates that just 60 kg (132 lbs) curb weight from ICEs will be present in all EVs—brakes, steering, heat exchangers and wheels.

The battery housing must provide thermal transfer capabilities to keep the battery cool or keep it warm in cold weather. So the structure actually becomes part of the power source.

Steel is also winning back some market share in ICEs, such as the Audi A8. The latest model abandoned its heavy use of aluminium and shifted to a mix of steel, aluminium, magnesium and carbon fibre. Other makers of mass-market electric vehicles that have also chosen steel over aluminium include Nissan Motor Co Ltd’s Leaf, the world’s best-selling all-electric vehicle, and Volkswagen’s e-Golf. Tesla’s Model 3 is also favouring steel over aluminium, in a break with past models that were aluminium-intensive. However, while there are no official data, this author estimates that the model still contains around 200 kg of the metal. The price gap between the types of aluminium and steel used in autos was not as wide, but still represented significant savings by using steel, industry experts said.

It seems that the whole world is united when it comes to the adoption of electric vehicles. Hybrid cars will be a significant part of the market by 2025, a development that provides both opportunities and challenges for OEMs. For one, diesel powered vehicles are the clear loser of the substitution towards electric vehicles. The oil industry will also feel the pain: by 2040 EVs will displace about 7.5 to 8 million barrels a day of oil production.

According to the “Effects of vehicle electrification on employment in Germany (ELAB)” study, conducted by the Fraunhofer Institute for Industrial Engineering (IAO), the expansion of EVs could directly or indirectly impact every second job in the car technology sector by 2030. According to the likeliest scenario, the shift will result in the loss of around 75,000 jobs in this sector. The figure also factors in the creation of some 25,000 new jobs for components such as batteries and power electronics. Germany’s automotive industry currently employs around 840,000 people, including around 210,000 who work in the technology sector.

Globally, automakers have announced that they will invest about US$244 billion in electric cars over the next five years, with Chinese manufacturers accounting for about 40 % of that volume, according to an industry report published by consulting firm AlixPartners.

All these elements show clearly that EVs will shine during next decade or two – or at least until some new technological wonder appears. Perhaps flying cars will follow?

Goran Djukanovic will be speaking at Metal Bulletin’s ‘’33rd International Aluminium Conference’’ in Berlin in September and “ALUMINIUM 2018” in Düsseldorf, in October. Both speeches will focus on aluminium in electric vehicles.