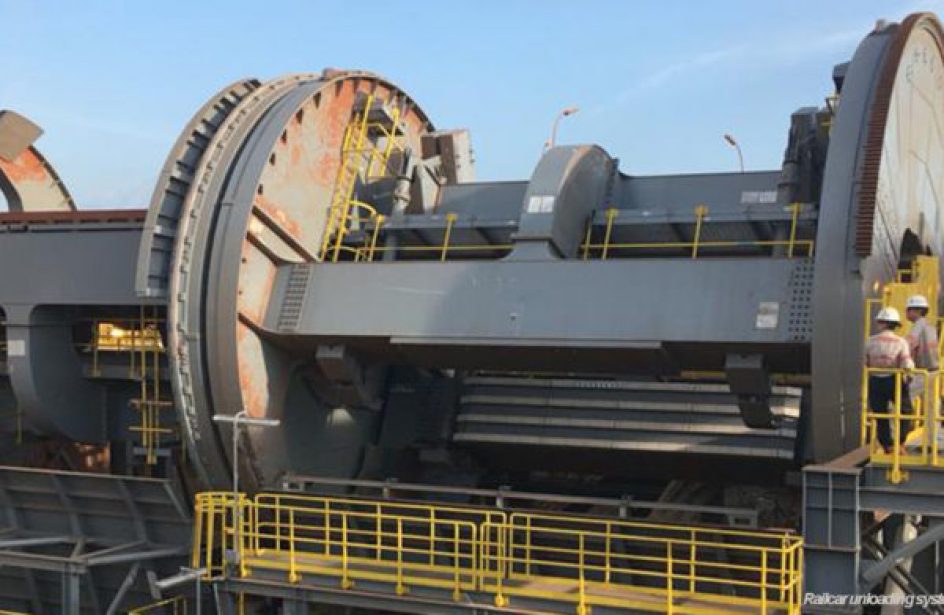 The feat, which was completed just after midnight Guinea time on July 1, consisted of unloading of 1,560 wagons of bauxite ore. The task was a test of the railcar system installed by Tenova TAKRAF pursuant to the contract to build a turn-key bauxite handling plant it signed with CBG in 2017, which was reported to be worth €100 million (US$106 million).

“I would like to personally thank all colleagues, including our partners on the client’s side, for their strong willingness to collaborate and solid discipline in the successful achievement of this important milestone,” said Tenova TAKRAF Senior Project Manager Andreas Papst of the achievement. “TAKRAF’s successful delivery of this important project is an important reference for us in and is a true testament of our ability to operate in complex environments, overcome challenges and deliver!”

The milestone is part of a project to increase bauxite exports at the site to 18.5 million metric tons per annum. The railcar system unloads bauxite ore to primary and secondary crushing stations, then to a conveyor system on the existing facilities.

Construction at the Guinea site has been uniquely challenging due to it status as a brownfield operation. As the plant continues to run during the construction process, limited plant downtime and complex logistical challenges has made the project more difficult than most.

Tenova TAKRAF is an integrated mining services provider based in Leipzig, Germany. Initially begun in 1725, the firm is now affiliated with Tenova of Milan, which is itself a subsidiary of technology and turnkey industrial plant builder TECHINT of Italy.