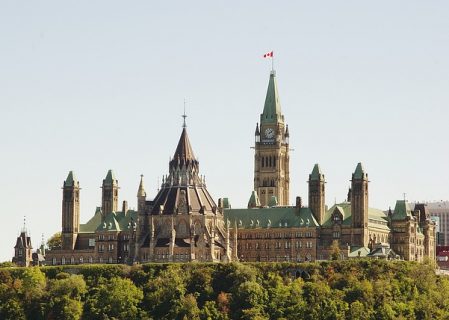 One of the biggest metalworkers’ unions on the North American continent said late last week that the rumored imposition of tariffs on Canadian aluminium exports to the United States would make a “mockery” of the principles underlying the pending United States-Mexico-Canada Agreement...

The debate raged last week among aluminium industry movers and shakers regarding the propriety of reinstating Section 232 tariffs on...

The Aluminum Association lauded the decision earlier this week by the United States Commerce Department’s International Trade Administration (ITA) “to...

The governments of the United States, Canada, and Mexico concluded 14 months of trade tensions on Friday with the announcement...

Automotive Aluminium And Steel To Enjoy US$600 Million Surge Under USMCA: US Trade Representatives

According to a report prepared by the United States Trade Representatives’ office, automotive aluminium and steel stand to benefit from a US$600-million surge over the next five years under the newly-negotiated United States-Mexico-Canada Agreement. Citing sources provided it by U.S. automakers, the report hones in upon the USMCA’s updated rules of origin as it concerns […]

Quotas On Aluminium And Steel Imports Not A Suitable Replacement For Section 232 Tariffs: Mexico’s Economy Minister

Continuing to argue that tariffs on imports of its country’s aluminium and steel are unjustified, Mexico’s government said yesterday that replacing those tariffs with quotas was not an acceptable substitute for total elimination of the impediment on trade. “The Mexican government’s position is that the application of the 232 on steel and aluminum is not […]

Echoing the United States’ northern neighbors, officials from the Mexican government confirmed over the weekend the position that ratification of NAFTA’s successor hinges in large part upon the Trump Administration lifting the Section 232 tariffs on imported steel and aluminium. While renegotiating the trade deals in which the United States government is a party was […]

U.S. Government “Unified” With Canada On End To Aluminium And Steel Tariffs: Kudlow

Echoing comments made late last week by Canadian politicians, officials south of the border in Washington, D.C. said on Sunday that the blanket tariffs levied on Canadian aluminium and steel tariffs are soon to be history. White House economic advisor Larry Kudlow revealed to reporters this weekend the American perspective that the impasse on tariffs […]

The chairman of one of the most powerful committees in the United States government petitioned the Trump Administration to put an end to the Section 232 tariffs on aluminium and steel prior to the legislature taking up the question of implementation of the new U.S.-Mexico-Canada (USMCA) trade accord. Chuck Grassley, the senior U.S. senator representing […]