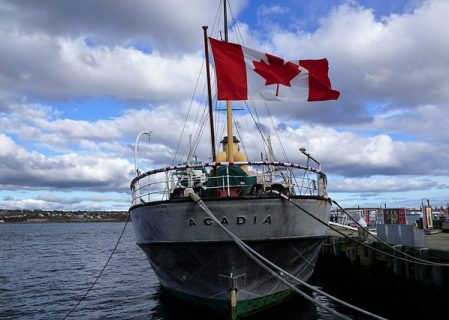 Removal Of Section 232 Tariffs On Canada’s Aluminium And Steel To Occur In “Next Few Weeks”: Ambassador MacNaughton

Canadian ambassador to the United States David MacNaughton continues to say an end to the Section 232 import tariffs on the dominion’s aluminium and steel will come to an end “in the next few weeks” in a repetition of similar comments made...

In an effort at mitigating damage done to the dominion’s small- and medium-sized aluminium and steel manufacturers by the Trump...

Echoing the United States’ northern neighbors, officials from the Mexican government confirmed over the weekend the position that ratification of...

Trump And Trudeau Discuss Section 232 Aluminium And Steel Tariffs, But To No Avail

Though the United States and Canadian heads of government spoke on the subject of relief for Section 232 aluminium and...

U.S. Government “Unified” With Canada On End To Aluminium And Steel Tariffs: Kudlow

Echoing comments made late last week by Canadian politicians, officials south of the border in Washington, D.C. said on Sunday that the blanket tariffs levied on Canadian aluminium and steel tariffs are soon to be history. White House economic advisor Larry Kudlow revealed to reporters this weekend the American perspective that the impasse on tariffs […]

Though Canadian officials are optimistic that the Trump Administration’s Section 232 tariffs on steel and aluminium are soon to be lifted, they warned that the tariffs may still stall ratification of NAFTA’s replacement treaty. In comments made to domestic media last Thursday, Canada’s Transport Minister Marc Garneau is still considering putting the brakes on ratification […]

In the course of a discussion with the United States Speaker of the House Nancy Pelosi (D-CA), Canada’s Foreign Affairs Minister Chrystia Freeland lobbied for the end of the Trump Administration’s Section 232 tariffs on aluminium and steel, citing the harm endured by both sides on account of the measure. Though the dominion’s government is […]