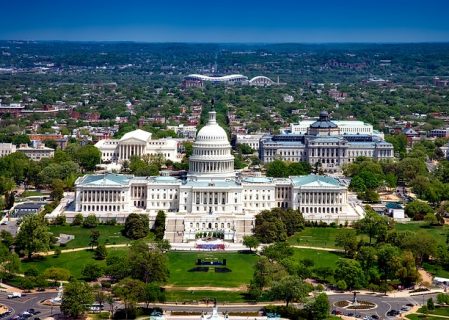 The United States government dealt another blow to Chinese aluminium exporters on Friday when the U.S. International Trade Commission released an initial finding that imported aluminium alloy sheet do, in fact, work a material harm upon domestic producers. The finding released yesterday...

Leaders from Century Aluminum and United Steelworkers added their voices to a growing chorus of industry and political leaders urging...

The new year is likely not to be one of respite for controversial aluminium extruder China Zhongwang, as the Aluminum...

Less than a week after the announcement of an investigation into allegations of dumping by the United States government, the People’s Republic of China shot back a verbal retort, accusing the U.S. government of impeding fair trade by its actions. In a commentary piece published Monday in the state-run Xinhua News Agency, Beijing opined that […]

The United States Department of Commerce surprised the aluminium industry Tuesday when it announced a self-initiated antidumping duty (AD) and countervailing duty (CVD) investigation of imports of common alloy aluminum sheet imported into the country from the People’s Republic of China. The move, which is the first self-initiated investigation by the Department in over 25 […]

Though the Section 232 investigation into aluminium imports launched by the United States government is largely aimed at producers in and of the People’s Republic of China, Mideastern producers believe that any duties imposed as a result will do naught but harm American consumers. Such was the consensus of officials who spoke on the subject […]

In a response to the anti-dumping duties imposed by the United States government on imports of aluminium foil from the People’s Republic of China, China’s Ministry of Commerce approached the World Trade Organization (WTO) on Friday in an effort at enlisting the trade organization’s aid. According to announcements from the Ministry of Commerce, representatives submitted […]