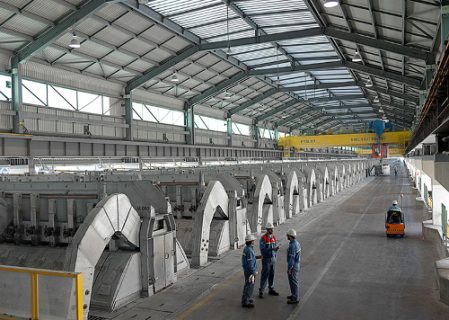 Abu Dhabi’s Emirates Global Aluminium (EGA) announced that it has achieved a major milestone in its Al Taweelah alumina refinery project. According to local media, the US$3 billion project has reached the point of sixty percent completion of its calciners. The plant,...

United Arab Emirates aluminium producer Emirates Global Aluminium has been declared one of the world’s top rapidly globalizing companies by...

The United Arab Emirates is launching a new initiative to boost the country’s competitiveness in the aluminium sector (among others)....

EGA to Open Bauxite Mine in Guinea

Bahrain’s Aluminium Bahrain B.S.C. (Alba) announced on Tuesday that it has purchased DX+ Ultra Smelting Technology from UAE’s Emirates Global Aluminium (EGA) for its Line 6 expansion project. The Line 6 expansion project will add 540,000 metric tons per annum to the Alba smelter, bringing output to 1,500,000 metric tons per annum and making the […]