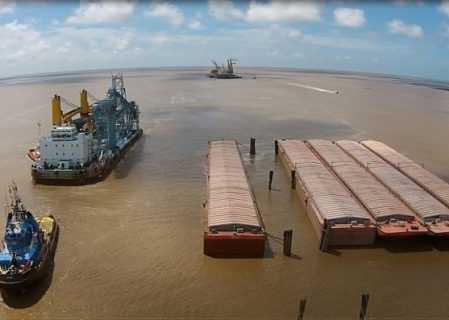 With the sanctions placed upon U.C. Rusal by the United States government looming large over the global alumina industry, Kazakhstan’s...

Repercussions continue to be felt throughout the global aluminium trade as evidenced by Rio Tinto Group’s announcement on Wednesday that...

The fallout from United States sanctions upon Rusal reached producers in Japan earlier this week, as the country’s major trading...

Thanks to the United States government’s sanctions upon the world’s second-biggest aluminium producer and mandated production cuts at his own company’s operations, the head of Norsk Hydro says that the global aluminium market may soon find itself mired in significant supply shortage. Hydro’s President and CEO Svein Richard Brandtzæg said as much in an interview […]

The sanctions exacted upon Russian aluminium giant Rusal by the United States Treasury Department earlier this month are causing ripples in the global aluminium trade that are disrupting the business of non-Russian firms, including the recent declaration of force majeure by Rio Tinto Group at several arrangements and a partnership the Anglo-American miner has with […]

Russian Federation aluminium major Rusal finds itself the subject of sanctions placed upon it by Ukraine. The world’s second-largest aluminium producer was accused of undermining the country’s national security in a decree handed down by the country’s president Petro Poroshenko. Rusal joins over three hundred other Russian citizens and businesses that are subject to restrictions […]