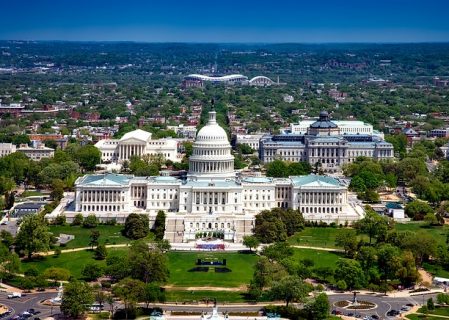 The Trump administration’s actions on aluminium tariffs and sanctions on Rusal notwithstanding, the United States aluminium sector continues to be...

Sources in Washington, D.C. say that United States trade officials are pushing for neighbors Canada and Mexico to agree to...

United States President Donald Trump doubled import duties on aluminium and steel imported from NATO ally Turkey on Friday. With tariffs on Turkish aluminium now at 20 percent, the metal has become a tool that the Trump administration has chosen to employ to punish the Turkish government over a raft of ongoing and unresolved diplomatic […]

Embattled Russian Federation aluminium giant U.C. Rusal says sanctions placed upon it by the Trump administration has forced it to end production at a smelter in northwest Russia. Rusal has started ramping down production at its Nadvoitsky plant in Karelia, citing the twin body blows of Section 232 aluminium tariffs and the sanctions levied upon […]

Iconic American aluminium producer Alcoa Corporation has approached the Trump administration to obtain from relief from the Section 232 aluminium tariffs that were levied upon all imports earlier this year, saying that they are now suffering from the measure enacted specifically for their benefit. The firm filed a quintet of requests for waivers with the […]