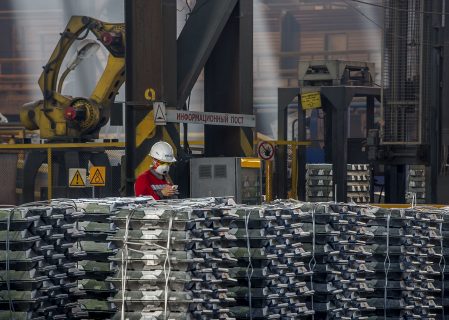 Russian aluminium titan UC Rusal announced this week the opening of the first phase of its new low-carbon aluminium smelter Taishet Aluminium Smelter (TaAZ) in Siberia. In a press release Rusal touted the new TaAZ smelter as among the greenest aluminium smelters...

Russian Federation aluminium giant U.C. Rusal released production and financial results for the second quarter and first half of 2019...

The shadow of United States sanctions has soured a deal between Russian aluminium titan U.C. Rusal and compatriot power company...

Russian Federation state-owned hydroelectric company RusHydro is weighing a partnership with compatriot firm U.C. Rusal in a new aluminium smelter project in southern Siberia. According to a report by Reuters, recovery of the aluminium market has prompted Rusal to restart work on its Taishet project, a project it initially set aside due to a lack […]