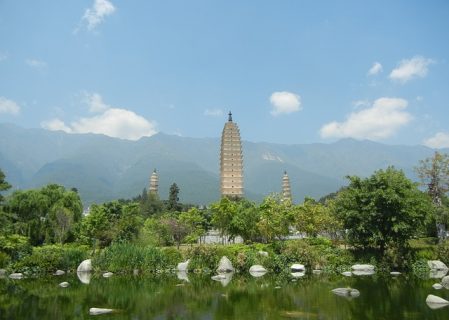 China’s aluminium smelting leviathan China Hongqiao Group Ltd. said last week it has begun the initial phase of production at an aluminium smelter in Yunnan that is powered via hydroelectricity. The new aluminium plant is run by Hongqiao affiliate Shandong Weiqiao Pioneering...

World-leading aluminium producer China Hongqiao Group Limited reported damage to its facilities in Shandong due to major flooding caused by...

Citing an ongoing failure to rein in aluminium overproduction and the associated use of coal to fire said production, the People’s Republic of China’s Ministry of Ecology and Environment eviscerated local officials in Shandong province for their ongoing failure to enforce environmental policies designed to battle the country’s continuing air-quality problems. Shandong is the home […]

A pair of sources claiming knowledge of the situation informed Reuters on Thursday that China Hongqiao Group will restart a portion of the illegal aluminium-smelting capacity it shuttered in 2017. Per the sources, the move will essentially consist of replacing outdated production lines with more state-of-the-art capacity. Among the planned replacement technology is a high-performance […]

With this year’s winter cuts season behind them, China Hongqiao Group Limited will be slowly but surely ramping up production levels over the next several months. The world’s most prolific aluminium producer made the announcement Friday, a day removed from the end of mandatory winter production cuts season. Specifically, the firm said it would commence […]

Blaming the rising cost of electricity in the province, Aluminum Corp of China (Chalco) announced on Wednesday that it is ending aluminium production at its smelter in Shandong. Chalco said in a statement issued to the Shanghai and Hong Kong stock exchanges that it is implementing “flexible production” at the Shandong Huayu smelter due to […]

The second post-holiday aluminium inventory for eight consumption areas in the People’s Republic of China was reported yesterday, and the numbers reflected a drop-off from levels reported the week prior. According to inventory numbers released by Shanghai Metals Market, combined inventories across eight of China’s main consumption areas totaled 1.299 million metric tons. That total, […]