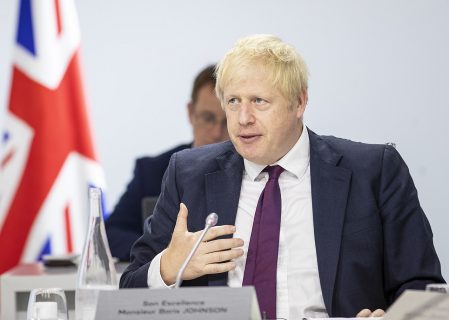 British Prime Minister Boris Johnson is encouraged by the Biden Administration’s actions to date in ratcheting down barriers to imported steel and aluminium erected by the Trump Administration. Such were the comments conveyed by a spokesperson for the prime minister last week....

American aluminium smelter Century Aluminum yesterday praised President Joe Biden for his decision to retain the Section 232 aluminium tariffs on the United Arab Emirates. Earlier this week the Biden Administration reversed a last-minute reprieve for the UAE issued by the outgoing Trump Administration exempting it from the tariffs imposed across the board by the […]

Donald Trump ended the import tariff on aluminium from Canada earlier this week, but he promised to reinstate it should shipments from the dominion spike at some point later this year. Trump’s announcement comes after a new agreement between the two governments that saw the reinstatement of Canada’s exemption to the administration’s Section 232 blanket […]

American aluminium maker Century Aluminum’s president and chief executive officer Michael Bless went on record Thursday in support of United States president Donald Trump’s decision to reinstate Section 232 tariffs on aluminium and steel on imports of the same from Canada. Citing a 95-percent increase in imports of unalloyed primary aluminium from the dominion in […]

One of the biggest metalworkers’ unions on the North American continent said late last week that the rumored imposition of tariffs on Canadian aluminium exports to the United States would make a “mockery” of the principles underlying the pending United States-Mexico-Canada Agreement while failing to address the true source of the aluminium sector’s woes. In […]

The debate raged last week among aluminium industry movers and shakers regarding the propriety of reinstating Section 232 tariffs on imported aluminium into the United States after the final implementation of the United States-Mexico-Canada Agreement at the beginning of next month. In comments before a Senate hearing on Wednesday, the U.S. Trade Representative Robert Lighthizer […]