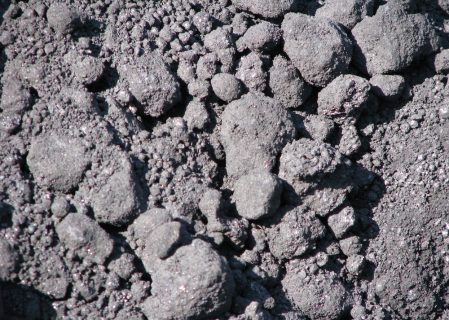 Russian aluminium behemoth U.C. Rusal said yesterday it has invested ₽600 million (US$9.45 million) to carry out an eco-friendly modernization of Volgograd aluminium smelter’s (VgAZ) coke-calcining kiln. According to Rusal, the modernization boosted the kiln’s output capacity by between 3 and 4...

Russian Federation aluminium titan U.C. Rusal closed the bookbuilding process for this year’s fourth placement of a ruble-denominated bond on...

Russian Federation aluminium titan U.C. Rusal announced on Thursday a pledge to install more than a score of cutting-edge dry...

Russian Federation aluminium giant U.C. Rusal announced yesterday the signing of a five-year, US$1.085-billion sustainability-linked pre-export finance facility, the first of its kind ever arranged by domestic and international banks in Russia. Per the firm, the facility grew from the originally-announced amount of US$750 million due to market support for its low-carbon and green aluminium […]

Russian Federation aluminium titan U.C. Rusal released third quarter operating results on Friday. Despite a weak global market for aluminium, the firm reported a rise in both overall aluminium sales and value-added aluminium sales. In the just-ended quarter Rusal produced 942 thousand metric tons of primary aluminium, up by 0.4 percent on the quarter. Siberian […]

Russian aluminium behemoth U.C. Rusal said yesterday that it has processed and sold approximately half of the waste product generated by its various smelters over the past decade, along with processing about a tenth of the red and nepheline mud at its alumina refineries over that same time period. According to the firm, it has […]

Russian Federation aluminium behemoth U.C. Rusal is entering a far different mating season this year than last according to sources who spoke with Reuters last week, noting that the traditional negotiating window for next year’s contracts is brisk for the sanction-free firm. Per one of the half-dozen sources, last year’s sanctions on the company are […]

Rusal Plants Half A Million Trees In Irkutsk

Russian Federation aluminium behemoth U. C. Rusal announced yesterday the planting of half a million trees in the Irkutsk region as part of its initiative to promote environmental responsibility by working toward the absorption of greenhouse gases. Rusal’s “Green Million” project concluded one of the project’s stages earlier this week with the planting of a […]