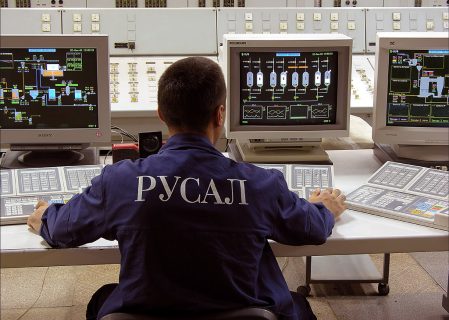 Russian aluminium giant UC Rusal released results for the fourth quarter and full year 2021 this week. Numbers were generally better across the board as the company, along with the rest of the market, continues to claw back from the effects of...

Russian aluminium giant UC Rusal released results for the first half of 2021 last week. Higher sales and a stronger...

Russian Federation aluminium titan UC Rusal released financial and production results for the first half of 2020 yesterday. Though production...

Rusal Rebounds From OFAC Sanctions In Q4, But Warns Coronavirus May Sicken The Global Aluminium Trade

Russian aluminium behemoth U.C. Rusal reported results for the final quarter and full year of 2019 yesterday. Though the firm came charging back from OFAC sanctions, Rusal warns that the coronavirus is likely to pose significant challenges to the firm and the wider aluminium market. Rusal’s aluminium production in last year’s closing quarter totaled 949 […]

Russia’s UC Rusal announced its final numbers for the 2015 fiscal year on March 9th. The firm turned in relatively strong earnings, posting a 33 percent increase in adjusted earnings before interest, taxes, depreciation and amortization from FY 2014. However, its fourth quarter results were hit after a price slump to a six-year low in […]