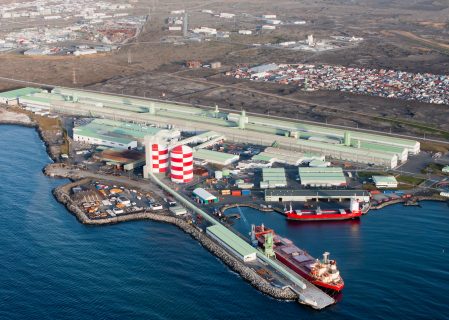 One of three potlines at Rio Tinto Group’s aluminium smelter at Hafnarfjörður has been idled due to a dearth of...

According to sources professing knowledge of the situation, Rio Tinto Group’s sale of its aluminium assets has recently come back to life. On Wednesday, Reuters reported comments made by a pair of anonymous sources who say that the Anglo-Australian mining titan has again taken up the sale of US$350 million in aluminium resources, including the […]

The resurgence of aluminium’s prices has prompted Anglo-Australian metals behemoth Rio Tinto Group to consider the sale of its 20-thousand-metric-ton-per-annum smelter in Dunkerque, France. According to a story that ran in The Australian this morning, Jean-Sebastien Jacques has been considering the sale of non-hydroelectric-powered aluminium assets, most of which the company acquired in its purchase […]