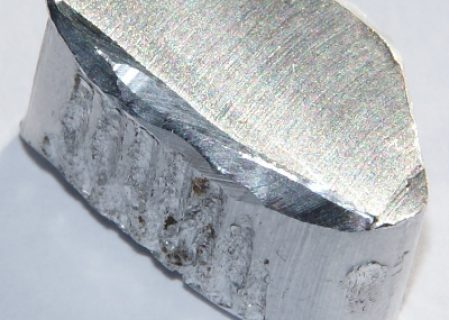 Pittsburgh aluminium pioneer Alcoa Corporation announced yesterday the certification of its Baie-Comeau aluminum smelter in Québec, Canada against the Aluminium...

Alcoa Corporation tendered what it describes as its final offer to striking employees at Aluminerie de Bécancour Inc. (ABI) smelter...

Citing the continuing impasse in labor negotiations, Pittsburgh aluminium pioneer Alcoa Corporation announced yesterday the immediate curtailment of half the...

Anglo-Australian mining giant Rio Tinto Group announced the renewal of a long-term agreement with Quebec’s aluminium dross and scrap recycler Scepter, Inc. The agreement extends the companies’ partnership, which began in 2002, by another decade. In addition, the arrangement will see Scepter investing US$3 million in efficiency improvements on its process. Rio Tinto Aluminium managing […]

The government of Quebec announced earlier this week a plan to come to the rescue of the province’s smaller aluminium and steel firms by way of a C$100-million loan package. As hinted at last week, Canadian Economy Minister Dominique Anglade rolled out the plan on Monday shortly after meeting with representatives of the province’s aluminium […]

Stating that the Trump administration’s tariffs are “unacceptable” and “unjustified,” Quebec’s economy minister Dominique Anglade said Monday that the province’s government will take measures to insure that the area’s aluminium industry remains afloat. Anglade made the comments in the course of a meeting of representatives from aluminium stakeholders from Canada, the European Union, and the […]