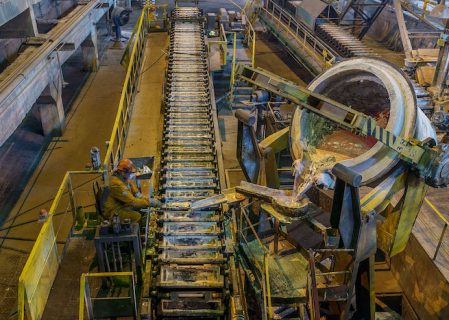 Russian aluminium major UC Rusal released second quarter 2016 results on August 25. Numbers for the just-ended quarter show a ten-percent jump in profits thanks in part to global increased demand for aluminium. The firm reported an adjusted EBITDA of US$344 million...

Chicago’s Century Aluminum reported second quarter numbers on Thursday. The firm’s just-ended quarter was a challenging one, as they turned...

Norsk Hydro’s Q2 Numbers Up Thanks to Higher Aluminium Prices

Norwegian aluminium producer Norsk Hydro announced second quarter results yesterday, which were up on the whole thanks to higher alumina...

Norsk Hydro announced second quarter numbers for its joint venture Sapa AS on Friday. The firm saw higher numbers in the just-ended quarter largely due to seasonally higher market demand and stronger margins, per its press release. According to Hydro, Sapa’s underlying EBIT of US$94.76 million was up significantly last quarter on a year-on-year basis, […]

Aluminium major Alcoa reported results for the second quarter of 2016 yesterday, showing numbers that were stronger both overall and for each of the firm’s Value-Add and Upstream spin-offs. Alcoa posted a second quarter 2016 net income of US$135 million, US$78 million of which are related to separation costs, restructuring-related charges and associated tax impacts. […]