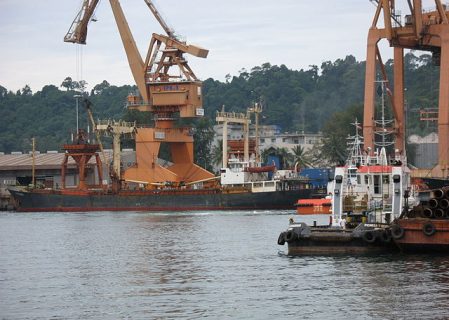 In an effort at easing the transition to bauxite production, Malaysia’s Water, Land and Natural Resources Ministry announced on Saturday that it will conduct hearings to discuss the new set of standard operating procedures (SOPs) by which bauxite miners will be expected...

A ban of over three years on bauxite mining in Malaysia is finally set to come to an end, as...

Though the calendar has changed, the situation for bauxite miners in Pahang remains the same, at least through the opening...

Though the government is prepared to issue bauxite export licenses (AP) for the first time since bauxite mining was banned...

After languishing in place for almost 32 months, the Malaysian government has decided to give the go-ahead to bauxite mining firms to begin applying for approved permits (AP) allowing for export of the bauxite stockpiles left behind in Pahang. Per local media, the decision to commence issuing export permits came during the course of a […]

An end to the almost three-year long ban on bauxite ore mining in Pahang may be in sight, as politicians and regulators revealed to industry leaders that it is finalizing a set of standard operating procedures (SOP) to put into place once the ban ends. LLT Group (Malaysia) Sdn Bhd director Datuk Seri Abdul Rahim […]

The Malaysian federal government is slated to meet with representatives of the government of the state of Pahang in the near future to discuss the situation surrounding bauxite mining in the region. So said Water, Land and Natural Resources Minister Dr. Xavier Jayakumar on Thursday. “I have now asked for another meeting with the Mentri […]

Malaysia’s bauxite miners will remain idle until the end of 2018, as the government announced earlier this week that the ban on bauxite mining has been extended yet again. “The moratorium is until December 31, as there is still half a million tonnes of (bauxite) stockpiled at the ports,” declared a spokesman from Malaysia’s Ministry […]

Although the moratorium on bauxite mining in place since early 2016 in Malaysia has been extended indefinitely, bauxite miners in Pahang continue to remain hopeful that operations will begin again in the very near future. Pahang Iron Ore Operators Association president Tengku Datuk Seri Zulkifly Tengku Ahmad told local media late last week that he […]