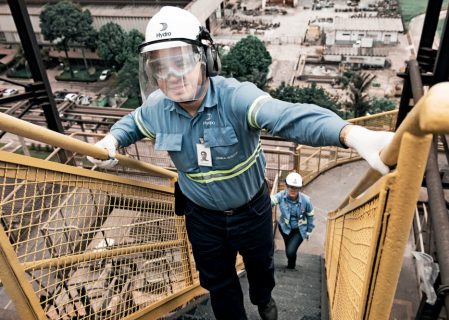 Full Production At Alunorte On The Horizon: Hydro CEO Brandtzæg

The world’s biggest alumina refinery may soon return to full production, though the process by which the plant achieves it...

Though still on the rise, trade sanctions and tariffs are likely to throw up a roadblock to aluminium demand growth...

Just days after the Brazilian federal government gave Norsk Hydro the go-ahead to resume alumina production at the Alunorte refinery, the state environmental department acquiesced to the plant’s partial reopening under its supervision. On Monday, the Pará Secretary of State for Environment and Sustainability (SEMAS) signed off on Hydro’s petition to utilize the press filter […]

Mere days after Norsk Hydro’s announcement of the closure of its Alunorte alumina refinery, the Brazilian federal government granted the plant the authorization to operate the machinery necessary to utilize its only available bauxite residue area. On Friday the Brazilian Institute of the Environment and Renewable Natural Resources (Instituto Brasileiro do Meio Ambiente e dos […]