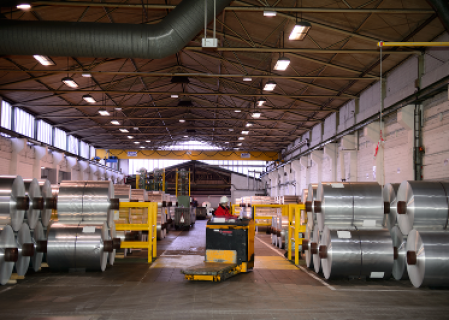 Norsk Hydro’s newest line at Grevenbroich, Germany began to produce rolled aluminium this week following weeks of pre-production trials and testing. The new equipment represents a €130 million investment by Hydro, which is the firm’s largest single capital expenditure in Germany. In...

Aluminium’s rally will be sustained by the auto industry, propelling demand that will outpace the People’s Republic of China’s rising...

Global demand for flat rolled and extruded aluminium products is expected to rise by 5-6% CAGR between 2016 and 2020, mostly due to increased demand from the transportation sector. This is the general expectation held by the major aluminium fabricators based on latest research and forecasts. During the same period, demand from construction will remain […]

Norwegian aluminium and renewable energy company Norsk Hydro ASA announced on Tuesday that it will be opening a €45 million (US$51.32 million) recycling facility in Germany. The plant, in North Rhine-Westphalia’s far western city of Neuss, is expected to recycle up to 50,000 metric tons per annum. As Europeans are using 30 billion cans per […]

Base metal prices surged in February after the lowest start of the year since the global financial crisis in 2009, as a way of optimism prevailed among investors on stronger than expected U.S. economic data. Both aluminium and copper prices reached the highest levels for the previous three months, with aluminium LME cash price for […]