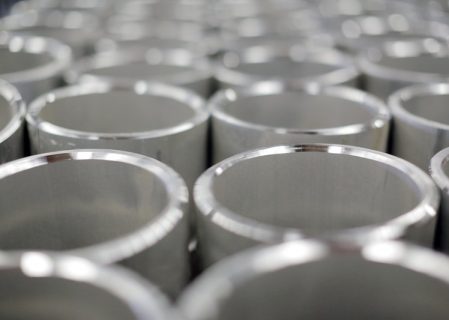 Norwegian aluminium producer Norsk Hydro ASA said yesterday that it may be forced to close its jointly-owned aluminium plant in Slovakia if the country’s government does not provide it assistance via its carbon-compensation system. The plant, which is 55.3 percent owned by...

Norwegian aluminium producer Norsk Hydro ASA announced this week that it will make deeper cuts to production at its primary aluminium plant in Slovakia due to sustained high prices for electricity. Slovalko’s board of directors made the decision to reduce production to 60 percent of the plant’s nameplate capacity as it estimated that the high […]

Norway aluminium producer Norsk Hydro ASA announced this week NOK60 million (US$6.6 million) in improvements to Årdal aluminium smelter’s electrolysis cells aimed at improving efficiency, safety, and profitability at the plant. The firm said in a press release that improvements at the plant would commence next spring and will include upgrades to the next-generation cell […]

Norwegian aluminium firm Norsk Hydro ASA announced this week its plans to invest NOK750 million (US$82.4 million) at its Sunndal plant’s capacity for low-carbon aluminium. Hydro said the investment would come in the form of replacing and upgrading its high-voltage rectifier system, installing new service cranes, and electrifying certain operating vehicles at the plant. The […]

Norwegian aluminium firm Norsk Hydro ASA announced this week its intention to build a state-of-the-art aluminium recycling plant in Cassopolis, Michigan. The plant is expected to have a nameplate capacity of 120 thousand metric tons of recycled aluminium per annum and employ around 70 workers. Hydro says the plant will produce its low-carbon CIRCAL line […]