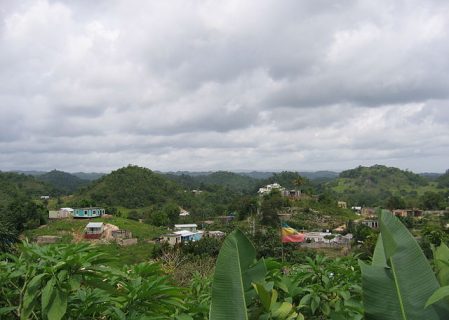 Jamaica’s Minister of Transport and Mining Mike Henry informed the Jamaican House of Representatives last week that the government must establish a new partnership for operating Noranda’s facilities on the island by today or risk losing funding from creditors. “The government is...

Tennessee’s Noranda Aluminum received two competing offers for its upstream business this week as it auctions off an idled smelter in Missouri, an operating alumina refinery in Louisiana, and a bauxite mining operation in Jamaica. According to bankruptcy court records, Swiss firm ARG International AG, which was formed by a former top Glencore plc aluminium […]

Swedish aluminium firm Gränges AB announced last week that their acquisition of Noranda’s North American business had been completed. Gränges acquired the firm during bankruptcy proceedings held at the U.S. Bankruptcy Court in St. Louis, Missouri. The bankruptcy court approved the acquisition earlier this month, paving the way for Gränges to acquire Noranda’s US$330 million […]

Sherwin Alumina Co. announced yesterday that it is closing its plant in Gregory, Texas. The closing is part of Sherwin’s Chapter 11 bankruptcy liquidation plan. According to the company, the plant, which is located about 200 miles southwest of Houston, is a casualty of the bankruptcy court’s releasing of Noranda Bauxite Ltd. from its supply […]

Greenhouse farms are popping up on areas formerly used for mining in Jamaica, as Transport and Mining Minister Mike Henry observed as he toured one in St. Ann Parish. Accompanied by executive director of the Jamaica Bauxite Institute (JBI) Parris Lyew-Ayee and managing director of the Jamaica Social Investment Fund (JSIF) Omar Sweeney, Henry toured […]