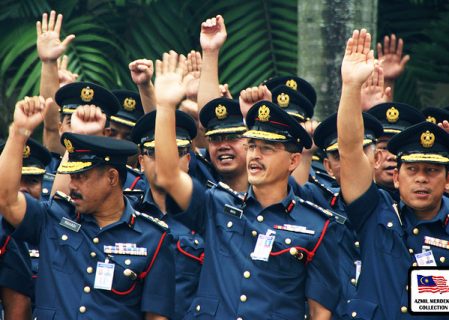 In a bid to tamp down ongoing graft and corruption allegedly occurring in and around the Kuantan region over enforcement of the ban on bauxite mining, the Malaysian Anti-Corruption Commission (MACC) announced yesterday that it is seizing the entirety of bauxite ore...

According to an interview in domestic media, Kuantan Port Consortium Sdn Bhd (KPC) says that it is prepared to begin...

Although the Malaysian government enacted a ban on bauxite mining two weeks into the year, according to settlers in Felda...

Revised Bauxite Mining Regs to be Completed by End of Moratorium: Deputy Minister

Malaysia’s Ministry of Natural Resources and Environment said on Wednesday that it expected to have modified standard operating procedures (SOPs)...

Malaysia’s ban on bauxite mining, set to expire next Friday, has been extended another three months according to an announcement by the government’s natural resources minister, Datuk Dr. Haji Wan Junaidi Tuanku Jaafar. The ban will now run interrupted into the middle of July. The Malaysian government indicated that its reasons for extending the ban […]

Marchers from Kuantan arrived at the Parliament House in Kuala Lumpur on Monday after a 350km walk to draw attention to their desire for better regulations for their region’s bauxite mining industry. The thirty marchers of Red2Green, who range in age between 30 and 65, handed Mohd Nazif Jamaludin, principal assistant secretary of the Natural […]

The e (PPMNP) said Wednesday that the industry has sustained a loss of RM800 million (US$197 million) since the ban on bauxite mining in the region went into effect on January 15. In addition, PPMNP vice-president Yap Soon Huat said that the moratorium has caused secondary industries, like the services sector, transportation operators, restaurants, and workshops […]