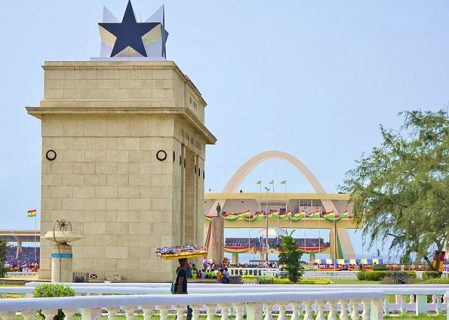 Ghana’s Deputy Minister for Lands and Natural Resources in charge of Mining George Mireku Duker went on record last week to reassure workers at Ghana Bauxite Company (GBC) that the Akufo-Addo government will continue to work hard to ensure the firm’s continued...

Ghana’s president announced earlier this week that his government is well into plans to take advantage of the bauxite ore...

Bauxite Mining In Atewa Forest Will Be Mindful Of Local Flora And Fauna: Ghana’s President Akufo-Addo

Bauxite mining in the Atewa forest would be carried out in a responsible fashion that would not put the area’s unique flora and fauna at risk. Such was the message of Ghana’s President Nana Akufo-Addo delivered in comments made late last week. While speaking at the Sustainable Ocean Industries Conference, Akufo-Addo said that all mining […]

In a bid to maximizing its native mineral wealth to improve domestic infrastructure, the Ghanaian government has begun to solicit bids from investors for solutions to enhancing the country’s bauxite ore production and refining process. Earlier this week the chief executive officer of Ghana Integrated Aluminium Corp Michael Ansah made the announcement, noting that offers […]

An integrated aluminium industry is the goal of Ghana’s government, and the country’s president intends to achieve it with the help of private investors from around the globe. Such was the message from President Nana Akufo-Addo to Parliament late last week, promising a formal request for proposals will be distributed by the end of this […]

Responding to concerns raised by his constituency, MP Isaac Kwame Asiamah went on record earlier this week to promise that proceeds from the Nhyinani bauxite operations would benefit the populace and not big businesses or government officials. “The government is now banking [its] economic hope on our bauxite so I can say that majority of […]