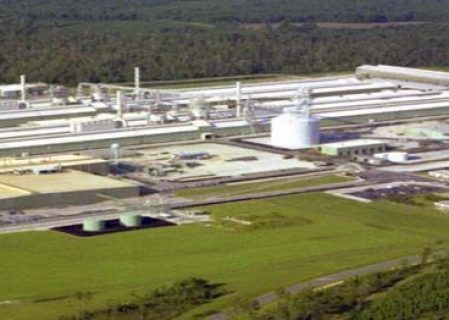 American aluminium maker Century Aluminum said in a filing to the SEC on Friday that obtaining a more friendly power agreement is critical to the future of its smelter in Mt. Holly, South Carolina. In its annual 10-K filing, the firm said...

The first phase of a US$300-million expansion at American flat-rolled aluminium producer JW Aluminum’s plant in South Carolina is only...

American aluminium smelter Century Aluminum released results for the fourth quarter and full year of 2018 on Thursday. Though shipments...

The bell is about to sound in a new round of the fight between American aluminium producer Century Aluminum and...

Another Bill to Allow Century to Purchase Power on the Open Market for Mt. Holly Smelter Dies in Committee

A second attempt at obtaining a power rate reduction for Century Aluminum’s plant in Mount Holly, South Carolina came up short last week in the state’s legislature. A bill introduced late last month that would allow the smelter to obtain the entirety of its electrical power on the open market met its fate in the […]

Still in pursuit of a deal that would allow it to buy power on the open market instead of from the state, Century Aluminum has again approached the South Carolina legislature to promote a bill allowing it to do just that. A bill to allow Century to power its Mount Holly smelter via the open […]