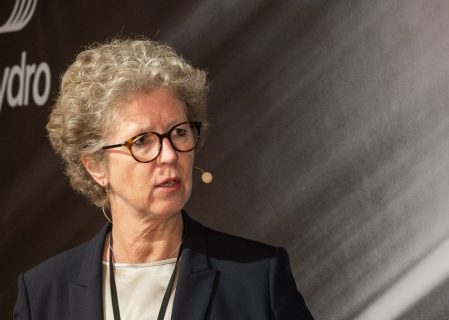 Norwegian aluminium giant Norsk Hydro ASA said yesterday it will soon implement a plan to increase returns and cash flow via a wide-ranging effort at improving and restructuring its business areas, all while emphasizing sustainability in its business practices. The plan, which...

Just days after the Brazilian federal government gave Norsk Hydro the go-ahead to resume alumina production at the Alunorte refinery,...

Mere days after Norsk Hydro’s announcement of the closure of its Alunorte alumina refinery, the Brazilian federal government granted the plant the authorization to operate the machinery necessary to utilize its only available bauxite residue area. On Friday the Brazilian Institute of the Environment and Renewable Natural Resources (Instituto Brasileiro do Meio Ambiente e dos […]

Though Norsk Hydro A.S.A. returned higher overall numbers for the first quarter, the mandated capacity cut at Alumina do Norte do Brasil S.A. (Alunorte) meant the firm will likely miss its cost-cutting target for the year. Hydro reported a first-quarter revenue total of NOK39.970 billion, a 74-percent improvement year-on-year. Earnings before financial items and tax […]

Norsk Hydro announced yesterday that Silvio Porto has been appointed the new Executive Vice President Bauxite and Alumina and has been added as a member of Hydro’s Corporate Management Board. The nomination took effect yesterday as well. Porto, who is a native of Belém, the capital and largest city of the Brazilian state of Pará, […]