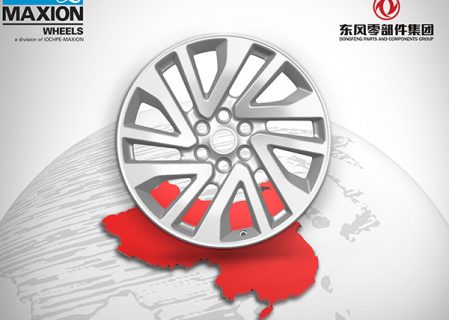 Michigan wheel manufacturer Maxion Wheels debuted a new, forged aluminium line of commercial truck wheels on Wednesday at Heavy Duty Aftermarket Week 2017 in Las Vegas. The wheel is a CV four-point wheel made from forged aluminium and designed to appeal to the growing desire for operators of commercial vehicle fleets to incorporate light-weight parts […]

Michigan vehicle wheel manufacturer Maxion Wheels (a division of Brazil’s Iochpe-Maxion S.A.) announced on Thursday that it has opened a new light vehicle aluminium wheel plant in Limeira, São Paulo, Brazil. Built alongside the company’s existing plant, the new plant will turn out up to two million new aluminium wheels per annum and employ five […]