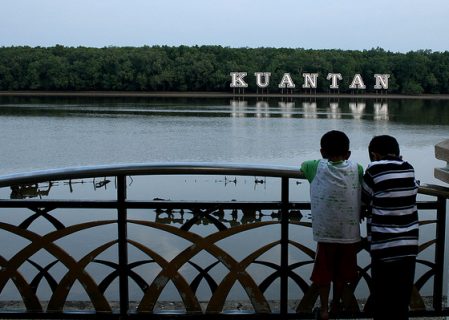 After languishing in place for almost 32 months, the Malaysian government has decided to give the go-ahead to bauxite mining firms to begin applying for approved permits (AP) allowing for export of the bauxite stockpiles left behind in Pahang. Per local media,...

The Malaysian federal government is slated to meet with representatives of the government of the state of Pahang in the...

Malaysia’s bauxite miners will remain idle until the end of 2018, as the government announced earlier this week that the...

Although the moratorium on bauxite mining in place since early 2016 in Malaysia has been extended indefinitely, bauxite miners in...

Though legal bauxite mining in Malaysia is still several months away, the government says it fully intends to have a set of standard operating procedures (SOP) in place by the time the ban is currently set to expire. Malaysia’s Natural Resources and Environment Minister Datuk Seri Wan Junaidi Tuanku Jaafar told local media on Sunday […]

Malaysian Bauxite Ban Extended Through June 30, But Exceptions To Be Made

The official ban on bauxite mining in Malaysia will enter its second year later next month after the country’s government made the decision to extend the ban another six months on Sunday. The moratorium, which was begun fifteen days into 2016, had been set to expire with the end of the year on Sunday. However, […]

The Malaysian Anti-Corruption Commission (MACC) declared earlier this week that the seizure order covering 10 million metric tons of bauxite in Pahang has been withdrawn. MACC deputy chief commissioner (operations) Azam Baki advised local media that the withdrawal of the order is the product of discussions among his bureau, the Natural Resources and Environment Ministry, […]

Certain bauxite ore miners in Pahang continued to mine in contravention of the continuing bauxite moratorium until the Malaysian Anti-Corruption Commission (MACC) seized all remaining stockpiles in August. Such was the report of Pahang Menteri Besar Datuk Seri Adnan Yaakob to state legislators on Monday. Adnan explained that the failure of bauxite miners to obtain […]

In a bid to tamp down ongoing graft and corruption allegedly occurring in and around the Kuantan region over enforcement of the ban on bauxite mining, the Malaysian Anti-Corruption Commission (MACC) announced yesterday that it is seizing the entirety of bauxite ore stockpiled in the entire western state of Pahang. MACC deputy chief commissioner (operations) […]