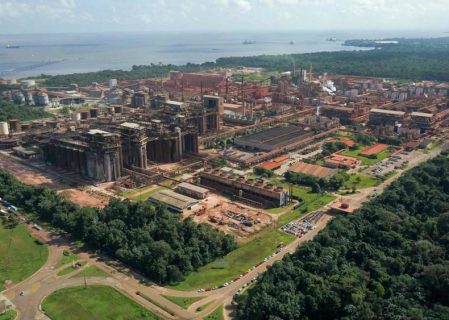 Brazil’s federal court lifted the final embargo on the waste disposal unit at Alumina do Norte do Brasil S.A. (Alunorte)...

One of two embargoes forbidding the usage of a waste product storage pond at Norwegian aluminium producer Norsk Hydro ASA’s...

Yesterday Norsk Hydro ASA, Alumina do Norte do Brasil S.A. (Alunorte), and Brazil’s Ministerio Publico Federal together asked the Federal Court in Belem to end the production embargo it placed upon the world’s largest alumina refiner in March of last year. The parties filed a joint petition to allow Alunorte to resume work on installing […]

The last remaining production embargo at Alumina do Norte do Brasil S.A. (Alunorte) is a thing of the past after the Brazilian federal court in Belem vacated it on Monday. Norsk Hydro made the announcement yesterday of the embargo’s end, noting that the criminal lawsuit from which it sprung still continues. Additionally, embargoes on use […]

A Brazilian court rescinded a production embargo on operations related to a civil lawsuit at Alumina do Norte do Brasil S.A. (Alunorte) on Wednesday, leaving in place an injunction against production imposed in a parallel criminal action. Norsk Hydro says it expects the Federal Court in Belém to rule on both cases shortly, but status […]

Norwegian aluminium smelter Norsk Hydro ASA announced yesterday that Pará Secretary of State for Environment and Sustainability (SEMAS) has determined that operations at Alumina do Norte do Brasil S.A. (Alunorte) may now safely resume. Though Hydro warns that the Brazilian federal court must still act to remove the production embargo, it says that it has […]