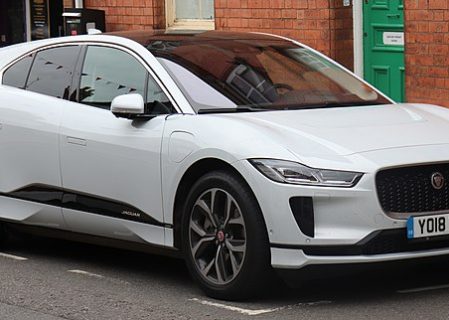 Jaguar Land Rover said last month that a recycling process they developed could cut carbon dioxide emissions by over a quarter. The firm’s REALITY aluminium project is a process developed by the automaker to blend recycled aluminium with primary aluminium to achieve...

British multinational automaker Jaguar Land Rover Limited announced the next step in its aluminium closed-loop program will be a new...

Atlanta’s rolled and recycled aluminium firm Novelis Inc. announced yesterday that it has been chosen as the exclusive supplier of...

China’s aluminium extrusions behemoth China Zhongwang Holdings Ltd. announced yesterday a partnership with British automaker Jaguar Land Rover Limited to supply aluminium extrusion products as a Tier-1 supplier. The partnership with Jaguar Land Rover is Zhongwang’s first with an automotive company outside the People’s Republic of China. Though no further information regarding the financial or […]

In stark contrast to previous editions, electric vehicles were all the rage at this year’s Frankfurt IAA, the world’s largest motor show. Many premium brand announced they would electrify entire series or that their fleets will be a mix of hybrid and battery-powered vehicles. Aiming to catch up to Tesla, European automakers are increasingly favouring […]

British multinational car company Jaguar Land Rover Limited announced a new project for reusing recycled aluminium in new car production earlier this week. The program, known as REALITY, is the next step in JLR’s ongoing strategy of harvesting aluminium from end-of-life cars and reintegrating it in new vehicles. The £2-million (US$2.62 million) project builds upon […]

The United Kingdom’s Brunel University London announced a partnership with Brunel Centre for Advanced Solidification Technology (BCAST), Jaguar Land Rover, and other commercial interests and research institutions to develop new ultra-light die-cast aluminium parts for use in automotive manufacturing. The project is to be three years in duration and is the product of a planned […]