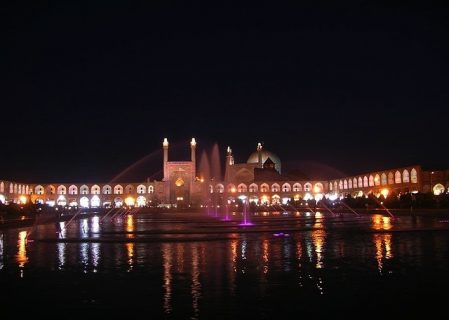 Iranian producers just ended a four-month period that witnessed a rise in aluminium ingot of 49 percent on the year according to just-released numbers from the Industry, Mining and Trade Ministry. From March 20 through June 20, Iranian producers smelted 63 percent...

Iran’s total production of aluminium in the most recent year fell by 11 percent to 301,033 metric tons according to...

The first five months of the current Iranian year showed a tremendous year-on-year rise in aluminium production, rising by a full 10 percent for the period between March 21 and August 21. Iranian state media reported yesterday that the trio of the country’s aluminium producers combined to produce 151,691 tons of primary aluminium and aluminium […]

According to numbers just released by the Iranian Mines and Mining Industries Development and Renovation Organization, Iran’s mining sector churned out 84.89 million tons of minerals from mid-March to mid-June, which is a 9.49-percent increase year on year. The period of March 21 through June 21, which corresponds with Iran’s first quarter of the fiscal […]

According to numbers just released by the Iranian Mines and Mining Industries Development and Renovation Organization, Iran delivered over a quarter billion tons of mineral products through the first eleven months of the Iranian year. The country’s overall mineral production for the first eleven months of the year totaled 284 million metric tons. Output for […]