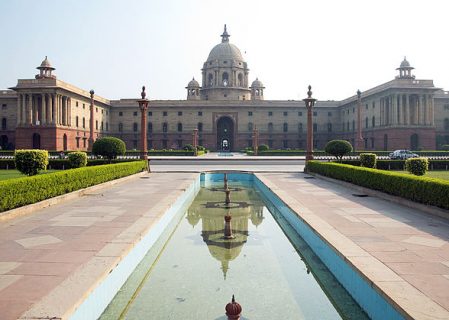 The Indian government responded to the Trump administration’s blanket tariffs on aluminium and steel by suspending concessions on over two dozen imported items from the United States, notifying the World Trade Organization that the tariffs it enacts, which will be on products...

The Indian government has taken the offensive in the struggle with the United States over the Trump administration’s blanket 10-percent...

The government of India has joined an ever-lengthening queue of countries taking the United States to task over the Trump...

The Indian government warned that the 10-percent tariffs enacted by United States President Donald Trump on all imported aluminium will...

The head of one of India’s biggest business conglomerates took to Twitter on Wednesday to call upon his country’s government to develop a unified policy for domestic aluminium production. JSW Group’s Chairman and Managing Director Sajjan Jindal fired off a series of tweets to make the case for a more serious focus upon aluminium production […]

London-based Indian metals and mining firm Vedanta Resources plc released production totals for the second quarter and first half of FY 2018 on Tuesday, posting record production totals across several segments including that of aluminium. The firm produced a company-record total of 401 thousand metric tons in the quarter ending September 30, a 36-percent rise […]

A report released late last week forecasts India’s domestic aluminium production to rise 3.5 percent over the next several years, closely following the rise in India’s demand for the metal. India credit rating agency CARE Ratings Limited released its report, entitled “Aluminium Industry: The Silver Knight of the Economy,” on Friday. According to the report, […]

India’s minister for power, coal, mines and new and renewable energy Piyush Goyal says his government will continue to encourage value addition and self-sufficiency in the country’s aluminium industry in an effort to combat a flood of low-cost imports from abroad. While speaking to an audience of industry executives earlier this week Goyal said that […]