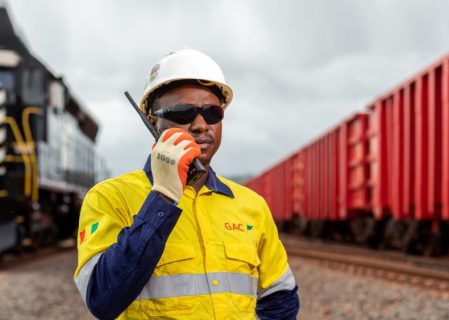 EGA Shipped Over 6.1 Million DMT Of Bauxite Ore From Guinea Over Past Year

Emirates Global Aluminium PJSC (EGA) celebrated the year that has passed since the maiden bauxite export left from the facilities of its wholly-owned subsidiary Guinea Alumina Corporation. Since the beginning of production at the site, the subsidiary has exported more than 6.1...

Adverse weather conditions are to blame for the drop in imported bauxite ore by buyers in the People’s Republic of...

Yesterday, Emirates Global Aluminium PJSC (EGA) greeted the arrival of the region’s first fully-laden Capesize vessel at its quay at the Khalifa Port in Abu Dhabi. The arrival marks the beginning of bauxite shipments to fuel the new alumina refinery in Al Taweelah. The bulk ore carrier is the biggest ever to dock at a […]

Emirates Global Aluminium PJSC (EGA) announced to investors earlier this week the delivery of the final major piece of bauxite mining equipment at its operations in Guinea. EGA said on Wednesday that a barge loader built by ThyssenKrupp in India arrived in recent days and now awaits installation at the terminus of the site’s 1.5-km […]

With Guinean President Alpha Conde and other dignitaries looking on, bauxite miner Alufer Mining Limited officially opened its Bel Air Mine late last week. Among the other dignitaries in attendance was Guinea’s Minister of Mines, Guinean parliament members, American and British ambassadors, and local politicians. Though the ceremony marks the official opening of the mine, […]

Guinea’s Bel Air bauxite mine is complete and its first shipment to Chinese buyers has been made. So said the African Finance Corporation (AFC) on Wednesday. AFC said that the mine, which was finished on time and on budget, will have a production capacity of 5.5 million tons of high-grade bauxite ore per annum. In […]